South Korea is warming to a CBDC 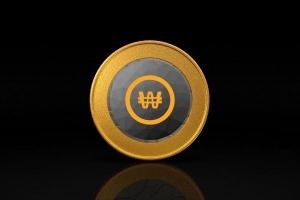 To date, South Korea has been less enthusiastic about launching a central bank digital currency (CBDC) than China or Japan. Beijing leads the world in CBDC development while Tokyo sees a CBDC as a necessity to stay competitive with its giant neighbor. Yet Seoul is now coming around to the need for a digital fiat currency, even if one of the government's purposes in developing one is to reduce the use of crypto in its economy.

South Korea is in the midst of a crypto boom driven by bitcoin's surge. Retail investors in their 30s to 50s are driving the virtual currency rally. March was an especially big month for crypto in the country. By CoinMarketCap's estimates, the combined 24-hour volume of major South Korean crypto exchanges Upbit, Bithumb, Coinone, and Korbit was more than $14.6 billion on March 14, nearly equivalent to the US$14.5 billion on the Korea Composite Stock Price Index March 12. Bitcoin reached a value of US$60,000 on March 13.

For their part, Korean regulators are eyeing this new crypto rally warily. After all, it was not so long ago that the bitcoin bubble popped, and millions of young retail investors got burned. At the time (early 2018), the Korean won was the No. 3 currency for bitcoin transactions worldwide after the Japanese yen and U.S. dollar.

Meanwhile, Bank of Korea Governor Lee Ju-yeol told CoinDesk Korea in late March that CBDCs will reduce demand for bitcoin and other decentralized virtual currencies. Because of their high volatility, cryptocurrencies face constraints on their functionality as a means of payment or store of value, he added.

According to CoinDesk, Seoul-based Shinhan Bank has built a blockchain platform for the country's CBDC that divides the issuance of the digital fiat currency into two categories, a general fund for individuals and disaster support fund for businesses and local government. The bank hasn’t decided yet whether the digital won would be distributed directly to consumers or through an intermediary like Shinhan.

In a February report, the Bank of Korea said that a CBDC is legally a fiat currency and should be under the central bank’s jurisdiction. To enable that, the country would need to pass new legislation. Under the Bank of Korea Act, the Korean central bank can only issue paper money and coins.

More in this category: « Crypto exchange tie-up revives K bank's fortunes South Korea is keener on a CBDC than crypto »
back to top