South Korea is keener on a CBDC than crypto 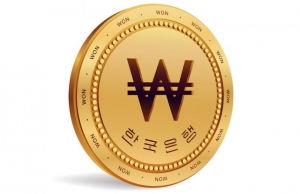 The crypto party may be over in South Korea, where the government is less than ecstatic about the widespread use of decentralized virtual currency in its economy. Unlike Japan, a crypto pioneer that has always been tolerant of decentralized digital currency, South Korea sees it as somewhere in between an annoyance and systemic financial risk. Seoul is now moving to curtail crypto’s influence in the country through strict regulation and higher taxation.

A deadline is looming for crypto firms in South Korea: September 24. That is the date by which all virtual asset management providers, including cryptocurrency exchanges, must register with the Korea Financial Intelligence Unit (KFIU) to operate in the country. The KFIU is the division of Korea’s Financial Services Commission (FSC) responsible for combating money laundering. New legislation requires that crypto firms partner with banks to ensure trading accounts are held by real people. However, many banks are hesitant to take on the risk that come with the territory of the crypto world, leaving many of the companies stuck between a rock and a hard place.

The new law was passed in early March and since then, only four of more than 60 exchanges--Upbit, Bithumb, Coinone and Korbit--have secured the partnerships with banks needed to be registered as virtual asset service providers. The law also requires them to obtain a security certificate from South Korea's internet security agency. Only 20 exchanges had received such certificates as of May.

Seoul is also planning to introduce a 20% capital gains tax on transaction in virtual assets next year. The tax will be implemented despite the objections of investors, who stand to see their returns narrow because of it.

At the same time, the Bank of Korea (BOK) is moving ahead with plans to launch a CBDC pilot. Korea’s simulated CBDC will have a two-tier structure with the central bank issuing the currency and financial institutions performing the distribution. The main first phase will run from August to December.

The BOK recently awarded its CBDC tender to Ground X, the blockchain subsidiary of super app Kakao. Ground X, which beat out Line Plus and SK C&C to win the tender, will work with Kakao’s payments arm Kakao Pay and its digibank Kakao Bank on the CBDC simulation for a digital won with a budget of up to 4.96 billion won (US$4.4 million).

More in this category: « South Korea is warming to a CBDC Can Singapore become a crypto hub? »
back to top