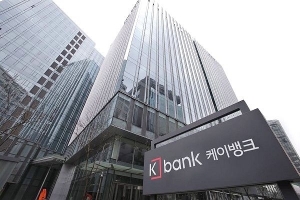 South Korea’s K bank, the country’s first online lender, has staged an impressive comeback in the past two years, overcoming long-running capitalization problems and growing both its deposit base and loan books at a brisk rate. K bank's loans have grown 1.56 trillion won (US$1.28 billion) per year on average since its launch in 2017 while customers’ average annual savings have reached 2.31 trillion won. A tie-up with leading South Korean crypto exchange Upbit has been a key reason for K bank’s recent fast growth. However, that reliance on Upbit could now become a liability for the digibank.

Thanks to its partnership with Upbit that began in June 2020, last year K bank more than tripled its customers, adding 4.8 million new users in just 11 months. The partnership came about after Korea began in March 2020 requiring exchanges to work with lenders like K bank to ensure the use of valid, real-name accounts for trading. According to data submitted to Korea's National Assembly, 5.56 trillion won ($4.5 billion), or nearly half of Kbank’s deposits of 11.54 trillion won ($9.28 billion), were for crypto trade at Upbit as of the end of March.

Of course, the trouble with relying on crypto to drive your growth as a digital bank is that decentralized digital currencies are inherently volatile. K bank’s tie-up with Upbit began in the fledgling days of a bull market, which only subsided recently. Meanwhile, the abrupt collapse of TerraUSD and its sister coin Luna has renewed concerns in South Korea about the inherent stability of cryptocurrencies.

In mid-May regulators launched "emergency" inspections into domestic cryptocurrency exchange operators to bolster protection of investors. "Because crypto investors deposited more in K bank during a collaborative process with a cryptocurrency exchange operator, we will take a closer look into possible market risks both thoroughly and comprehensively," an official at the Financial Supervisory Service (FSS) told The Korea Times in May. Data provided by ruling People Power Party (PPP) Rep. Yoon Chang-hyun, who also serves as the chief of the party's virtual asset committee, showed some investor money parked in Upbit has been used by K bank for loan activities.

The nightmare scenario for K bank would be panicked crypto investors rushing to try and withdraw their money from Upbit. If that were to happen, K bank could face punishing bank runs.

For that now that seems unlikely. Even as crypto market conditions worsened, K bank still posted a profit of 24.5 billion won in the first quarter, already exceeding its profit of 22.5 billion won for the whole of 2021. Those strong numbers are likely the reason that K bank is for now pushing ahead with its IPO plans. In June, it filed for a preliminary IPO review with the Korea Exchange. If the IPO process goes as planned, the listing could occur in late August.

K bank has practical considerations as well. The bank had previously agreed with strategic investors that it would complete its IPO by 2023, though it is unclear if that agreement could be renegotiated in light of problematic market conditions.

Estimates of K bank's market capitalization vary. One valuation commonly cited in Korean media is 6.5 trillion won, but Morgan Stanley has valued the online lender at 8 trillion won, and reckons it would aim to raise between 8 trillion won and 10 trillion won from its IPO.

More in this category: « How is the crypto bear market affecting North Korea’s stolen digital asset stash? Is Singapore having second thoughts about being a crypto hub? »
back to top