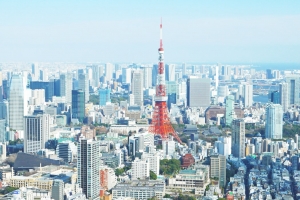 Japan's biggest brokerages are moving to tap opportunities in the forthcoming security tokens market. From April 2020, Japan will permit fundraising through security token offerings, which have already been launched in the U.S., Singapore and Taiwan.

To prepare themselves for opportunities in the security tokens market, Japanese brokerages - both traditional and those based online - are forming an association (the Japanese STO Association) that will set rules for issuing the blockchain-based digital assets, which can include everything from equities and bonds to real estate and precious metals. The association will be led by SBI Securities and will include many of Japan's other most prominent brokerages as members: Nomura Securities, Daiwa Securities Group as well as their digital counterparts Kabu.com Securities, Rakuten Securities and Monex Group.

In a recent report, Nikkei Asian Review noted that the association's ability to establish a framework for protecting investors could well determine the fate of security token fundraising in Japan. To date, there have been other associations established in Japan focused on security tokens, but without brokerages onboard, they have struggled to gain approval from Japanese authorities as self-regulating bodies.

Some Japanese investors are wary of fundraising with digital assets following the many scams that have proliferated in the unregulated initial coin offering (ICO) market. A report published by Satis Group in July 2018 found that 78% of ICOs were fraudulent - not exactly good odds for investors. The scams were described as those projects that "did not have/had no intention of fulfilling project development duties with the funds, and/or was deemed by the community (message boards, website or other online information) to be a scam."

In a statement, Monex said that the Japan STO Association would focus on developing STO business opportunities in Japan as well as ensuring compliance and investor protection. One objective of the association would be to prevent financial crime, such as "unfair trading and money laundering." As such, the association intends to become certified as an Authorized Financial Instruments Firms Association.

"The Japan STO Association is committed to the development of STOs in Japan which it believes will contribute to a more active capital market and development of the real economy," Monex added.

Japan has built much of its crypto-friendly reputation to date on trading of virtual currency, but that space remains rife with unusually high risk. Security tokens are a different story. Blockchain firms, the traditional finance industry and regulators are working closely together to develop security tokens.

Japan's move to set up a brokerage-backed STO association is wise given Tokyo's bid to serve as one of the world's premier digital asset hubs. Because security tokens are backed by real assets and gaining acceptance with regulators (in contrast to ICOs), they will likely become a vital form of blockchain-based fundraising in the future.