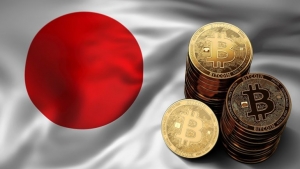 Japan is one of the top contenders for the Asia crypto crown. The only other jurisdiction that can challenge it is Singapore. Hong Kong is no longer in the running given the city's close links with mainland China and Beijing's tough approach to decentralized digital currencies. But before Japan can solidify its status as an Asian crypto hub, it first needs to figure out how to better regulate crypto to protect investors and safeguard against malfeasance.

Japan should be given credit for its forward-thinking approach to decentralized digital currencies. It established a regulatory framework back in 2017, as its Financial Services Agency (FSA) was the first to recognise the legality of crypto assets. The Japanese government was also the first in the world to define a crypto exchange business.

Those moves have proven to be prescient in retrospect as China’s first real crypto crackdown began shortly thereafter. Those privy to Chinese regulators’ preference for control over financial innovation were not surprised when Beijing turned on crypto. Meanwhile, Japan was able to pick up a lot of the crypto business that had been previously based in China.

Crypto trading in Japan has grown steadily over the past year. Data compiled by the Japan Virtual and Crypto Assets Exchange Association (JVCAE) show that in October 2020, the about 73 million yen was traded on Japanese exchanges, rising to more than 417 million yen by the end of February. In terms of cryptocurrency units traded, transactions hit 28.5 billion units in January, before falling to 11.5 billion units in March. Still, that was well above the average a year earlier.

In April, the Nikkei-listed video game publisher Nexon bought 1,717 bitcoins for roughly US$100 million, becoming the first listed firm in Japan to invest in crypto. Nexon’s move could prompt other Japanese companies to make crypto investments, strengthening the ability of bitcoin and other cryptocurrencies to serve as stores of value.

As crypto becomes an ever-larger business in Japan, it is likely time for Japanese regulators to step up their oversight of decentralized virtual currencies, notably peer-to-peer transactions. To be sure, exchanges have been required to register with the FSA since 2017. Further, the JVCAE will issue rules by year-end on data-sharing in the industry. However, these efforts have yet to include personal transactions, which do not pass through a formal exchange and comprise a big part of all crypto transactions. Without the involvement of a professional exchange, it is challenging to identify who holds or is receiving cryptocurrencies, a vulnerability criminals can easily exploit.

"The private sector needs to improve the accuracy and analytical abilities of tracing software, while governments need to urgently create a framework to introduce such software at cryptocurrency exchanges and investigative authorities," So Saito, an attorney specializing in blockchain and corporate law, told Nikkei Asia in September.

More in this category: « Australia is on the fence about crypto CBDCs gain momentum in Southeast Asia »
back to top