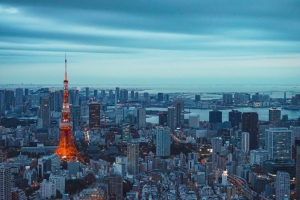 The Japanese government is leading a global effort to develop an international cryptocurrency payment network similar to the SWIFT system used by banks, according to a recent Reuters report. Citing an anonymous source, the report said that the purpose of the crypto payment network would be to combat money laundering. No details have yet emerged about how the network would function, but it was reportedly approved by the Financial Action Task Force (FATF) in June.

For Japan, which has positioned itself as the world's most crypto-friendly major economy, spearheading this effort is a no-brainer. Despite Tokyo's best efforts to improve security, its crypto exchanges - among the world's largest by trading volume - remain vulnerable to hacks. Most recently, $32 million in virtual currency was stolen from a Japanese Bitcoin exchange. The largest crypto hack to date struck the now defunct Japanese exchange Mt. Gox, which lost $460 million in Bitcoin (which now would be worth over US$3 billion) in February 2014.

Crypto will never be taken seriously by the mainstream financial community if these types of hacks remain commonplace - and they will for as long as virtual currency remains decentralized, anonymous and unregulated. A secure global network for crypto would be a big step in the right direction.

Some analysts say that Japan's international crypto network could pose a challenge to SWIFT in the long term, but we aren't so sure. While SWIFT is criticized for its high costs and slowness, it is the industry standard for global banking transactions, which are done in fiat currency. A network dedicated to virtual currency could exist alongside SWIFT.

One challenge for Japan in this project will be getting all the stakeholders onboard. It could prove to be difficult. Regulators may not be keen. They're squeamish as it is about Facebook's Libra. To be sure, it makes sense to regulate crypto through an international network to prevent money laundering and other financial crime, but if you don't like the idea of crypto to begin with, then you may not want to legitimize it with regulation.

Crypto evangelists will require some convincing too. After all, some of them insist that virtual currency transactions should be anonymous and decentralized. That's not feasible in the context of a SWIFT-like payments network.

That said, if there's any government up to this formidable task, it's Japan's. Under Shinzo Abe, Japan's longest serving prime minister, Tokyo has emerged from two decades of economic stagnation with a renewed sense of purpose. In his bid to reinvigorate the Japanese economy, Abe has placed strong emphasis on digital banking. Not only does Japan plan to quit its cash habit (which still accounts for 65% of its transactions), it also has its eye on leadership of next-generation financial technology.

It's a bold gambit but a feasible one given Japan's talent for reinventing itself and the rising importance of the digital economy.

More in this category: « Crypto prospects look dim in India following Modi's reelection Why is Australia Post adopting digital identity? »
back to top