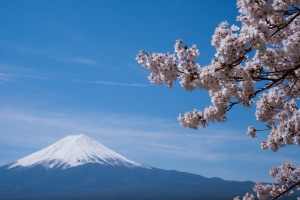 Japan stealthily has become among the world's most pro-crypto countries. Amidst the boom and gloom that have defined the crypto space, Tokyo has avoided irrational exuberance or draconian restrictions on the use and trade of virtual currency. Instead, it has quietly incorporated digital currency into its existing financial system, linking it to the wider push to boost cashless payments. In Asia, no nation has been more consistent in its crypto approach. The next logical step would be to create a central bank digital currency. Japanese officials, however, have yet to commit to a CBDC. Pressure is mounting though, especially as China pushes ahead with its sovereign digital currency.

In a March 24 report, China's state-run Global Times suggested that the People's Bank of China (PBOC) and private firms participating in the digital renminbi initiative had completed foundational work on the project. The next step is drafting laws that will govern the use of China's CBDC. Chinese companies reportedly involved in the initiative include internet giants Alibaba and Tencent, telecoms juggernaut Huawei and China Merchants Bank, Global Times said.

In February, Kozo Yamamoto, who heads research commission on the finance and banking systems of the ruling Liberal Democratic Party (LDP), said that Japan should create a digital fiat currency within two to three years. The digital yen should use blockchain to ensure security, Yamamoto told Coin Telegraph in March, adding that KYC checks should be implemented for transactions above a certain amount.

Former economy minister Akira Amari has also proposed the creation of a digital yen, suggesting it was necessary in light of China's commitment to issuing a digital renminbi. Beijing could use a CBDC to develop a digital banking ecosystem among emerging economies that reply heavily on the PRC for trade and investment. Those nations would likely include many participants in the Belt and Road Initiative (BRI), Japanese lawmakers say. According to Reuters, among some Japanese lawmakers, there is concern that China could develop a "digital hegemony" that would put Japan at a disadvantage.

But competition with China is just one part of the larger picture. A digital yen could have a wide number of beneficial applications. “CBDC can help remove barriers of P2P payments and significantly improve the interoperability between different types of private digital money, Masayoshi Amamiya,” Deputy Governor of the Bank of Japan, said in March at the Future of Payments Forum in Tokyo. “CBDC can contribute to improving the efficiency of payments by interlinking various types of private digital money.”

For Japan, a CBDC could significantly boost efforts to digitize the financial system, providing incumbents with some room to develop new and innovative products, At the same time, decreasing the amount of cash circulating in the Japanese financial system would save banks time and money, dovetailing with current government cashless initiatives.