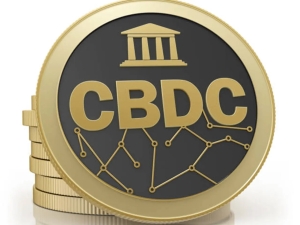 It was just a matter of time before Southeast Asia’s largest economy unveiled its roadmap for a central bank digital currency (CBDC) and indeed, Indonesia’s central bank recently published a white paper about its plans for a digital rupiah. Whether Indonesia actually needs a CBDC is a separate matter, and its motivations for launching a digital fiat currency are only now starting to become clear.

CBDCs have progressed slowly in Southeast Asia, with the exception of Cambodia, which is using Project Bakong to simultaneously boost digital payments and wean the country off its use of the U.S. dollar. Cambodia’s case is unique in that regard.

In Indonesia’s case, while financial inclusion is a priority for the government, existing digital payment methods are helping facilitate that goal just fine. Might a CBDC accelerate the process? Possibly, but that reason alone would be inadequate to justify a digital rupiah.

Meanwhile, a digital rupiah could disrupt Indonesia’s existing digital payments ecosystem if it is not interoperable with existing e-wallets. The recent Bank of Indonesia white paper on the subject did not address this issue, leading to some analysts to conclude that an Indonesian digital currency could not be used with the most popular Indonesian’s e-wallets like GoPay, OVO and Link Aja.

At the same time, according to The Jakarta Post, Indonesia’s commercial banking industry is ambivalent about a digital rupiah. A source that spoke to the newspaper said that Indonesian banks do not want the central bank to fully control the digital payment system and payment transaction services. They worry that a CBDC would reduce commercial banking business, which is benefiting from existing abundant fee-based income from transaction services. “This is especially the case for large banks that have strong payment system infrastructure with an extensive network,” the source said.

Nevertheless, Indonesia’s CBDC project is moving forward. In early December, Bank of Indonesia Governor Perry Warjiyo said the bank planned to release details on the conceptual design of a digital rupiah and open the matter to public comment. From the sounds of his remarks, the Indonesian central bank sees strong potential for cross-border applications. Warjiyo said Jakarat aimed for a digital rupiah to be “integrated, interconnected, and interoperable” with other countries’ CBDCs following discussions with central bank officials.

Indonesia’s CBDC initiative is known as Project Garuda and will start with the launch of a wholesale digital rupiah for use cases of issuance, redemption, and interbank fund transfer followed by monetary operations and financial market development. Project Garuda’s white paper states that the third phase will focus on end-to-end transactions between wholesale and retail digital rupiah users.

Tags:
More in this category: « How will FTX’s implosion affect the crypto market in Asia Pacific? The jury is still out on Hong Kong as a crypto hub »
back to top