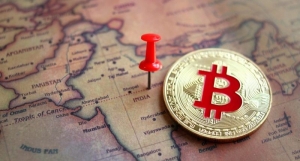 The crypto faithful are crying foul as India once again mulls banning decentralized virtual currency. They say pulling the plug on crypto now would be like banning the internet in the 1990s - a reactionary move that would have grim repercussions for India's economy. To be sure, some Indian investors would lose out if they could no longer trade cryptocurrencies. They currently hold about US$1 billion worth. The fintech startup ecosystem might be hurt. But it is hard to imagine the broader Indian economy suffering.

New Delhi sees plenty of upside to a zero-tolerance approach to crypto. On the one hand, India has seen its fair share of crypto scams, with retail investors suffering the brunt of the consequences. Crypto's decentralized nature also makes it useful to money launderers. To be sure, regulation could reduce such malfeasance. But do Indian regulators want to bother?

They would rather focus on developing a digital fiat currency, which requires plenty of regulations of its own. In this manner, New Delhi may borrow a page out of Beijing's book. China never banned holding crypto assets, but it outlawed trading and mining them, as well as ICOs, and blocked foreign crypto trading websites popular with Chinese investors. The crypto ecosystem quickly atrophied. At the same time, China accelerated the rollout of the digital yuan. The message is clear: The state alone controls money issuance and circulation. Private digital currencies are not allowed.

Similar thinking underlies the crux of India's Cryptocurrency and Regulation of Official Digital Currency Bill. The legislation aims to lay the groundwork for the RBI to issue a digital fiat currency while prohibiting - with perhaps a few exceptions - decentralized virtual currencies.

Crypto supporters are currently urging New Delhi to pursue a less draconian approach. They believe that private cryptocurrencies can co-exist with a digital fiat currency if they are defined as digital assets rather than private currency.

Brent Johnson, chief executive of San Francisco-based Santiago Capital, told India's Economic Times that the Indian government may not want its sovereign digital currency to face competition. Johnson noted that nearly all Indian citizens' social security numbers have been digitized as part of the Aadhar project, allowing them to receive subsidies directly from the government. Many bank accounts have also been linked to the numbers.

"If you add to this the number of mobile network connections in India, it is safe to say that the network for issuing a sovereign digital currency that is accessible to one and all is already existent," Johnson said.

If India does outlaw crypto, its Indian community may go underground, switching to peer-to-peer transfers. Such activity has reportedly increased recently as investors worry about the specter of a ban.