India turns the screws on crypto 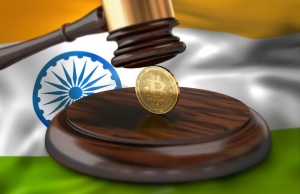 There is more than one way to drastically curtail crypto activity in a country. China’s approach has been largely effective, but is generally not applicable elsewhere. In the case of India, which has a very different political system than China, blanket bans could face legal challenges while being difficult to enforce. A better approach is to tax the heck out of crypto transactions, which regulators and some politicians almost certainly hope will reduce the attractiveness of the asset class.

Meanwhile, effective July 1 there will be a 1% tax deductible at source (TDS) on all digital asset transfers above a certain size. That may drive down market liquidity by forcing high-frequency traders to slam the brakes on their trading activity. And since it is not permitted to offset trading losses in digital assets, the crypto industry may speed up its exit from India.

“There will be no liquidity left in the markets,” said Manhar Garegrat, executive director of policy at crypto exchange CoinDCX, told India’s Economic Times. “Trades placed by buyers will not get executed as efficiently as they do today, and such inefficiency will eventually dwindle the whole ecosystem.”

Of course, a scenario like what Garegrat describes above may be exactly what regulators (at least some of them) have in mind.

Consider that India’s crypto tax has reportedly been inspired by gambling levies in other countries on horse betting and casino gambling. The crypto community is angry that the Indian government views crypto in this light. But given the volatility of decentralized virtual currencies (and the potential of investors to lose huge amounts quickly), their continued association with money laundering, and the inability of authorities to track crypto transactions in the same way as fiat currency, it is inevitable that some regulators will see them as a vice more than anything else. Besides, what is the upside for India of facilitating a large crypto ecosystem? The introduction of a new asset class that can help all types of investors to build wealth would be one, but that reasoning will better resonate with regulators in a country with more mature capital markets than India’s.

Some Indian politicians think the current crypto taxes do not go far enough. Sushil Kumar Modi of the Bharatiya Janata Party told India’s Outlook Money in a recent interview that “no one knows when this bubble will burst, and millions of people will get ruined financially.” He added: “I requested that they make a new slab and impose more tax on it [crypto] so that the government can get revenue and people can be discouraged from investing in this volatile asset.”

As far as India’s crypto community is concerned, the subcontinent’s loss will be other countries’ gain. Sathvik Vishwanath, co-founder and CEO of the Indian crypto exchange Unocoin, told CoinDesk in March that more than half of India’s crypto enthusiasts – described as “Indians into crypto” – are now based in Dubai. He estimates the number at 30,000 people, about 2/3 of whom are high-net worth individuals and the rest digital asset entrepreneurs.

More in this category: « Thailand bans crypto payments with an eye on a digital baht Australia’s evolving crypto landscape »
back to top