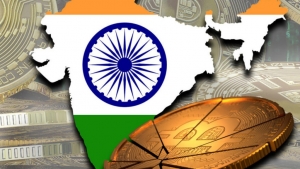 It has not been the best few months for India’s cryptocurrency market. New tax legislation is putting a damper on trading and investment, which are also taking a beating amid a broader crypto bear market. At the same time, fintech funding in India may finally dry up – a least for a while – as investors tighten their belts.

We are not currently sanguine about the prospects for crypto in India, despite the country’s relatively high rate of crypto ownership. India is estimated to have up to 100 million crypto investors and a digital assets market worth 400 billion rupees (US$5.37 billion). A major problem for India’s crypto community is that they lack governmental support. No prominent Indian policymakers have expressed support for decentralized digital currencies, whether at the Reserve Bank of India, in the prime minister’s office or in Parliament. Meanwhile, the current bear market, well encapsulated by the sudden collapse of the TerraUSD stablecoin and Luna token, seems to vindicate policymakers’ worst fears about the inherent instability of cryptocurrencies.

According to CoinDesk, an early May meeting between representatives of India’s crypto community and lawmakers from the country’s parliamentary finance committee did not go well. The committee was reportedly unsatisfied with the industry's focus on "advocacy.” What lawmakers want to see from the crypto industry is a model for regulation, names of crypto-related companies “solving native Indian problems” and clear plans to address risks tied to cross-border terrorism and money laundering.

Since the imposition of a 30% tax on income from digital assets, effective April 1, trading activity on India’s major crypto exchanges has fallen sharply. By analyzing data on CoinMarketCap and Nomics, CoinDesk found that within the first 10 days of the new tax law, trading activity fell 41% on BitBns, 52% on CoinDCX, 59% on ZebPay and 72% on WazirX. Trading volumes on most of India’s crypto platforms fell 30%-40% in April from the prior month, according to India’s Blockchain Alliance, a trade organization.

The market will probably fall even more sharply after July 1, when India will implement a 1% tax deductible at source (TDS) on all digital asset transfers above a certain size.  Market liquidity will likely be hit as by high-frequency traders are forced to ease up on their trading activity. And since it is not permitted to offset trading losses in digital assets, the crypto industry may speed up its exit from India.

Nevertheless, Binance is still considering entering the market directly (it already owns WazirX). In April, Binance CEO Zhao Changpeng told India’s Inc42, “ I believe that India will be fundamentally important in the crypto narrative,” citing the subcontinent’s vast population and technological prowess, adding that he thinks it “will therefore will be a natural frontrunner for Web 3.0 startups.”

More in this category: « When will India launch the digital rupee? Australia needs digital assets regulation more than ever »
back to top