India is coming around to the idea of a digital rupee 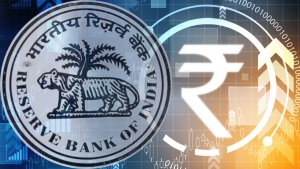 It seems that just about every major Asian economy is warming to the idea of a CBDC now, and India is no exception. Shaktikanta Das, governor of the Reserve Bank of India (RBI), said recently New Delhi may be ready for digital rupee trials by year-end.

With so many countries in Asia in the process of or preparing to pilot CBDCs, it would have been difficult for India to stay on the sidelines for too long. And indeed, New Delhi has some similar reasons for its interest in a CBDC as other Asian countries that have announced their respective digital fiat currency plans. Like Japan and Cambodia, India is keen to reduce the use of cash in its economy, and similarly to China and South Korea, New Delhi is crypto-skeptical and would prefer that its citizens not transact in decentralized digital currency.

Proposed legislation now being discussed in India recommends that India ban all private cryptocurrencies, and only permit digital currencies issued by the state, which in effect means a CBDC. However, a blanket ban on crypto would be hard to enforce and cause some significant disruptions to India’s many crypto investors. According to blockchain data platform Chainalysis, India is second globally in terms of crypto adoption behind Vietnam. The company surveyed 47,000 users worldwide and 30% of those surveyed in India said they owned cryptocurrencies.

New Delhi may well permit crypto as an asset class, but not legal tender. That’s where the digital rupee comes in.  Rabi Sankar, the deputy governor of the RBI, spoke about the subject in late July. “A calibrated and nuanced approach will be considered at the drawing board as well as with stakeholder consultations,” Sankar said.

“We are being extremely careful about it because it’s completely a new product, not just for RBI, but globally,” RBI governor Das told CNBC in an interview.

The next steps will involve outlining some of the fundamentals of the digital rupee that are needed for trials. The RBI must decide whether to directly issue the digital rupee or use commercial banks for issuance. Further, the RBI has not yet decided whether it wants to start off with a wholesale (bank-only) CBDC and then transition to a retail digital currency or launch with a retail CBDC instead. Finally, it is still unclear what core technology will undergird the digital rupee. Possibilities include blockchain, a different type of distributed ledger technology, or a centralized system.

More in this category: « What’s happening with CBDCs in Southeast Asia? Australia is on the fence about crypto »
back to top