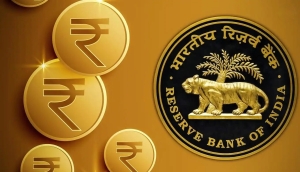 In early October, the Reserve Bank of India (RBI) published a 50-page concept note outlining its vision for a digital rupee. The document explains the RBI’s reasons for rolling out a central bank digital currency, such as boosting financial inclusion, accelerating financial digitization and enhancing financial stability, but does not offer a specific timeline for the launch of the Indian digital fiat currency.

There are a few key takeaways from the concept note. The first is that the RBI seems keen on launching both a retail and wholesale CBDC, which is what China has done with the digital renminbi. Cambodia, on the other hand, has only launched a retail CBDC. The RBI believes that a retail CBDC would be able to provide access to safe money for payment and settlement, and favors a token-based version, closer to physical cash. As for a wholesale CBDC, the RBI reckons it could improve the efficiency and security of financial transaction settlement systems. The regulator favors an account-based wholesale CBDC.

The second is that India does not want to replace existing paper currency or digital payment systems with the digital rupee, but complement them. The digital rupee is not a threat to cash, the United Payments Interface (UPI), e-wallets operated by tech companies, etc.

The third is that the RBI does see the digital rupee as an alternative to decentralized digital currencies, and will actively work to promote the former’s use while bringing the latter to heel. The RBI makes explicit in the concept note that it sees crypto as a serious threat to the integrity and stability of India’s financial system because it operates in a murky, decentralized space. Beyond the obvious money laundering and other financial crime risks that are aggravated in a decentralized, anonymous space, Indian regulators are ill at ease with the idea of private companies being able to issue currency, which they see as an exclusive right of the central bank.

With that in mind, “it is the responsibility of central bank to provide its citizens with a risk-free central bank digital money which will provide the users the same experience of dealing in currency in digital form, without any risks associated with private cryptocurrencies,” the concept note says.

The digital rupee seeks to replicate the features of cash and hence would not pay out interest, unlike bank deposits. Further, in reference to privacy concerns, the concept note said that the Indian digital fiat currency would offer “reasonable anonymity” for small-value transactions similar to that of physical cash.

More in this category: « Thailand’s SCB pivots away from crypto Assessing North Korea’s financial cybercrime capabilities »
back to top