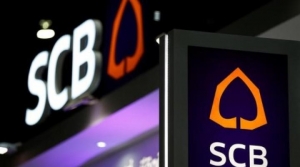 Digital transformation at incumbent banks is all well and good, but maybe making a huge bet on crypto as a traditional lender is still a bit risky. At least that is the sense we get from Thailand’s Siam Commercial Bank (SCB) and its digitally forward holding company SCB X. While many aspects of SCB’s pivot to fintech are proceeding smoothly, the planned acquisition of the crypto exchange Bitkub is not. The deal was supposed to be concluded by now, but it appears SCB is having second thoughts about it.

During the waning days of the most recent crypto bull market last November, SCB said it would acquire a 51% stake in digital asset exchange Bitkub for THB 17.85 billion (roughly US$536 million) through its subsidiary SCB Securities. Regulated by Thailand’s Securities and Exchange Commission, Bitkub was the dominant crypto exchange in Thailand with a market share of more than 90% in 2021.

That was then. Supposedly crypto-friendly Thailand has since then become less so. Thai regulators are concerned about the losses that retail investors face following Zipmex Thailand’s temporary suspension of trading and withdrawals amid a liquidity crunch. Zipmex has filed for debt relief in Singapore, though the company says it is on well on its way to securing new funding to resolve its liquidity crisis. We will not hold be holding our breath.

Of specific concern for Bitkub, meanwhile, is the alleged fabrication of trading volume data by its chairman Sakolkorn Sakavee. Thailand’s SEC fined him 8 million baht (US$216,000) and banned from managerial roles in the firm for a year.

As crypto loses some its luster, it is no surprise that Thai regulators plan to tighten regulations to better protect retail investors. Proposals include stricter qualifications for management and licensing of crypto custodians.

In the wake of these developments, the Bitkub acquisition no longer looks so attractive for SCB. "Presently, the matter is in the process of due diligence and discussion with the regulatory bodies," SCB X Chief Executive Arthid Nanthawithaya said in a statement. "Therefore, the completion period of the transaction is now extended."

To be sure, if the crypto market settles down soon, SCB might still go through with the acquisition. But if market turmoil is protracted, SCB may ultimately walk away. Banks – and that this still what SCB fundamentally is despite its digital makeover – know the value of customer trust and do not want to closely associate themselves with an asset class that is not properly regulated and loaded with hard-to-manage risk.

When push comes to shove, SCB  does not need crypto to realize its fintech ambitions. Bloomberg Intelligence has found that the group saw broad-based digital adoption in the first quarter for users, loans and revenue. In a July report, Rena Kwok, a Bloomberg Intelligence analyst, described the Thai lender’s fintech business as “high-growth” and digital transformation as “peer-leading.”

Meanwhile, SCB has reportedly been speaking with financial advisers to explore a possible transaction of its asset management unit as it works to raise capital. A potential deal could value SCB Asset Management US$1 billion to US$1.5 billion, according to Bloomberg.

More in this category: « Baby steps for Japan’s CBDC Is Thailand souring on crypto? »
back to top