Crypto seems to have a way forward in India 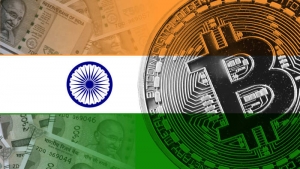 One after another, Asia’s major economies are developing their crypto policies. Singapore and Japan have decided to embrace decentralized digital currencies, albeit in a step-by-step manner. South Korea is less sanguine, although it is stopping well short of China’s near-blanket ban. As for India, it once seemed to be moving in the direction of a crypto ban, but that seems less feasible by the day given the industry’s burgeoning expansion and the potential benefits of that growth for the overall Indian economy.

According to blockchain data platform Chainalysis, India’s crypto market grew 641% in the year to June, one of the fastest rates of growth in the world. Large, institutional-sized transfers greater than US$10 million represent 42% of transactions sent from India-based addresses, which suggests “India’s cryptocurrency investors are part of larger, more sophisticated organizations,” the report said.

Crypto’s ascendancy in India has not slowed down since the Chainalysis report was published four months ago. According to BrokerChooser’s cryptocurrency proliferation index published in early October, India has more than 100 million crypto users, the most in the world. However, because the Indian population is enormous, just 7.3% of Indians own crypto. Still, that is No. 5  in the world.

It was not so long ago that Indian regulators seemed highly skeptical of crypto. But the difficulty of enforcing a ban and its potential to do more harm than good (with peer-to-peer transactions likely to go underground) seem to have prompted New Delhi to reconsider its tough stance.  In September, Jayant Sinha, the chairman of India’ s Parliamentary Standing Committee on Finance, said that India’s crypto bill would prioritize national security. New Delhi wants to be sure that if it allows crypto into the mainstream Indian financial system that it does not become a conduit for money laundering or terrorism financing. Also in September, former Reserve Bank of India Governor Rama Subramaniam said that once cryptocurrencies gain acceptance, they could be governed by the same rules as commodity exchanges.

The development of a regulatory regime is imperative as crypto uptake continues to grow in India. Recently, Indian cryptocurrency exchanges began reporting and blocking trading accounts that undertake suspicious trades after government agencies flagged some transactions for suspected money-laundering links. For instance, India’s leading crypto exchange WazirX said that from April to September it blocked 377 user accounts following requests from Indian and foreign law enforcement agencies for transactional and user information. According to the exchange, all 377 requests were likely related to criminal proceedings like fraud, kidnapping and narcotics-related queries.

More in this category: « CBDCs gain momentum in Southeast Asia Australia might be warming to crypto »
back to top