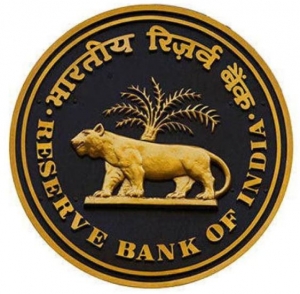 The government of Indian Prime Minister Narendra Modi is not known as a friend of the crypto community. With his recent reelection, virtual currency's future in India, the world's second most populous country and its soon-to-be No. 3 consumer market after the U.S. and China, looks uncertain at best. At worst, India could flat out crypto and criminalize its possession and use.

India has been mulling a crypto ban for a few years now. In 2017, the Indian government set up a task panel that reportedly recommended a blanket ban. The previous Modi government said that it supports blockchain technology, which can be applied in banking, retail supply chain management and many other areas besides digital currencies, but not cryptocurrency.

The India crypto market has been on life support since last July, when the central bank forbade banks from engaging in any relationship with virtual currencies. Since then, India's crypto market has cratered, and large exchanges like Zebpay have left the country. Facebook recently announced it had not applied for approval to launch its cryptocurrency Libra in India.

The Reserve Bank of India (RBI) doesn't like cryptocurrency for many of the same reasons other central banks don't. After it banned Indian banks from affiliating with crypto, the RBI said that it worried about virtual currency's lack of intrinsic value, the anonymous nature of transactions and the difficulty of protecting investors.

Crypto advocates have thus far failed to persuade the RBI to reconsider its tough stance on virtual currency. The Indian government looks to be borrowing a page out of China's book with a tentative embrace of crypto's underlying blockchain technology, but not for use in a digital currency that exists outside of the country's formal financial system and thus is particularly susceptible to fraudulent activity. To say that virtual currency in its current state is just as fraud resistent as other cashless payments - as crypto advocates in India are doing - is disingenuous and unlikely to endear them to skeptical regulators.

The anonymous nature of crypto makes it susceptible to money laundering and other illicit activity that certainly also occurs in the formal financial system but is easier to track there thanks to standardized KYC and AML procedures. To be sure, India could follow Japan's example and move to integrate crypto into the existing financial system - it's certainly a viable path - but the Modi government seems unlikely to pursue that route.

The Modi government may see more downside to accepting crypto than rejecting it, just like Beijing did. For Indian regulators, there isn't an obvious upside to welcoming anonymously transacted digital currency, especially given the many scams it has been a part of in the country. In China, regulators worried about two issues more than anything else: the the tendency of crypto to raise capital outflows as Chinese citizens used to move large amounts of money out of the country, and its prevalence in the defrauding of investors.

Crypto scams are common in India. Their prevalence has likely convinced the Modi government that accepting currency would be more trouble than it's worth.

In the past few months alone, several large-scale India-based crypto scams were uncovered. In June, police busted a group of scammers who bilked US$2 million from investors by making their investment schemes appear to be endorsed by successful businesspeople like Bill Gates, Richard Branson and Eric Schmidt. The scammers included numerous quotes from these men on the websites bet2bet and Monivo. Indian authorities are unlikely to be able to recover the money. In March, Indian police arrested suspects involved in a $14 million crypto scam. In January, Indian authorities arrested a suspect involved in a whopping $71.6 million crypto scam.

More in this category: « National Bank of Cambodia to harness blockchain Japan reportedly developing a crypto version of SWIFT »
back to top