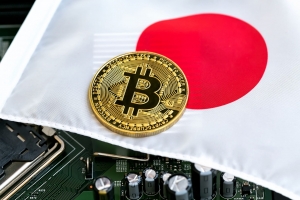 Japan has noticeably stepped up its bid to become an international financial center over the past year. The immediate catalyst has been Hong Kong's political troubles. Japan would like to attract international financial institutions and talent from Hong Kong, offering a more predictable and stable business environment. Yet Japan's biggest financial opportunity lies not in replacing Hong Kong, but rather in developing itself as Asia's premier cryptocurrency hub. Japan has a big head start over its competitors in this area. With perseverance, it can emerge ahead of both Singapore and Hong Kong.

Japan is the most pro-crypto of the world's major economies and has been steadily developing a related regulatory regime for years. In 2017, Japan amended its Payment Services Act, legalizing digital currency as a form of payment, and  introduced a registration system for crypto exchanges, helping to bring digital assets into the country's mainstream financial system. Japan has issued 22 cryptocurrency licenses since 2017.

Underscoring Japan's appeal as a crypto hub in Asia, Ripple CEO Brad Garlinghouse said in October that the company would consider the country as a new location for for its headquarters. adding that "Japan is one of our fastest-growing markets."

Since the initial July tie-up, daily volumes on SBI's digital exchange have risen tenfold and B2C2's OTC volumes have increased fourfold, according to a press release. Looking ahead,  the two firms may expand into crypto options and derivatives. SBI clients may also borrow and lend virtual currencies on B2C2's electronic funding platform.

"This is about Japan's future," Phillip Gillespie, CEO of B2C2, told Nikkei Asian Revew in December. In order to attract business back to Japan, you either lower tax rates or embrace a new asset class."

More in this category: « When will Japan launch a CBDC? India weighs pulling the plug on crypto »
back to top