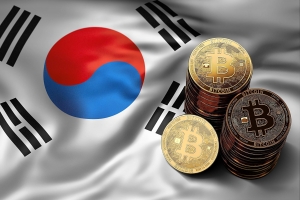 Korea's K bank may have finally found the secret sauce. Long a laggard among Korean fintechs, the country's first digital lender is now riding the bitcoin boom thanks to a tie-up with the crypto exchange Upbit. Under a deal K bank and Upbit reached in June 2020, retail investors who want to trade crypto with Upbit must do so through the digital lender. Since last March, Korea has required exchanges to work with lenders like K Bank to ensure the use of valid, real-name accounts for trading. Eager to capitalize on the bitcoin boom, retail customers are signing up at K bank in droves.

The crypto exchange tie-up may not be the most sustainable value proposition in the long term, but it will do for now. After five years of languid growth, K bank needs something to bring customers onboard fast, and bitcoin is one way to do it. The tie-up with Upbit offers K bank's customers something they cannot find at Kakao.

Bitcoin has risen an astronomical 800% over the past year, and was at about US$58,000 earlier this week, down from a high of US$62,000 earlier in March. The paramount cryptocurrency could climb much higher before peaking, giving K bank plenty of growth momentum ahead of an expected IPO in 2022 or 2023. If the bitcoin bull market prevails, K bank will go public sooner rather than later.

Meanwhile, K bank's is opening new accounts at a faster rate than Kakao for the first time ever. To be sure, K bank is starting from a much lower baseline. Still, the growth in January and February was impressive. K bank attracted 920,000 new customers in the first months of the year, compared to 380,000 for Kakao. K bank's mobile banking service users also grew 42% to 3.11 million by the end of February, compared to 2.19 million in late December.

The crypto friendliness of K bank is especially popular with millennials and Generation Z. According to The Korea Herald, 70% of the digital lender's in the first months of the year were in their 20s and 30s.

More in this category: « India weighs pulling the plug on crypto South Korea is warming to a CBDC »
back to top