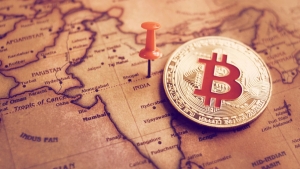 2021 has been a pathbreaking year for decentralized digital currencies. They have made more headway into the mainstream financial system than in any previous year. The Indian government has been watching these developments closely and has quietly walked back its erstwhile anti-crypto stance. A blanket ban of crypto no longer makes sense for India, as it would be both detrimental to financial inclusion and cashless payments objectives, while offering questionable benefits for combating money laundering and terrorism financing.

The Reserve Bank of India (RBI) has repeatedly signaled its opposition to crypto. RBI Governor Shaktikanta Das has questioned cryptocurrencies’ market value and emphasized that they threaten India’s macroeconomic and financial stability because they are not regulated by central banks. The RBI previously issued a circular banning cryptocurrencies but it was overturned by India’s Supreme Court in March 2020.

In reality, China is probably the only major economy in which an outright crypto ban can work, at least from an enforcement standpoint. India’s political system is quite different from China’s though, and the subcontinent’s crypto policy must accordingly incorporate input from a larger number of stakeholders.  As the RBI learned, a unilateral directive could end up being overturned.

With that in mind, it is surprising that India’s crypto bill has a loophole: “It allows for certain exceptions to promote the underlying technology of cryptocurrency and its uses.” That wording is suitably vague. If interpreted broadly, it could allow the crypto industry to grow healthily as it is gradually assimilated into the mainstream financial system.

Crypto is unlikely to become legal tender in India, but most Indian investors are not holding their breath for that to happen anyway. They would be happy for it to become a well-regulated asset class. As an asset class rather than legal tender, crypto would not be competing with India’s digital rupee.

Finally, there are pragmatic considerations for New Delhi as it tries to develop an optimal crypto policy. On the one hand, India probably already has too large of a crypto market for the government to enact a blanket ban and not cause widespread financial distress. According to BrokerChooser’s cryptocurrency proliferation index, India has more than 100 million crypto users, the most in the world. By percentage of the population owning crypto (7.3%), India is the No. 5 crypto market in the world. According to Chainalysis, India’s crypto market grew 641% in the year to June, one of the fastest rates of growth in the world.

At the same time, other major Asian economies like Japan and Singapore are embracing crypto even as they go forward with plans for CBDCs. This model is likely to become more commonplace in the years to come. They need not be mutually exclusive.

Finally, if New Delhi really wants to discourage crypto use without an outright ban, it can consider South Korea’s approach. In a bid (at least professed) to combat money laundering, Seoul has imposed stringent requirements on crypto exchanges, such that some may have to move offshore to avoid being in violation of the law. South Korea may also impose a 20% tax on gains more than 2.5 million won (US$2,116) through cryptocurrency trading from early 2022.

Yet in the face of such regulation, determined investors may just switch over to peer-to-peer (P2) trading. According to LocalBitcoins, 353 million won was traded on South Korea’s P2P networks in the first week of November, up significantly over previous weekly volumes.

More in this category: « Taiwan is unlikely to become a crypto hub
back to top