China’s vision of crypto-free blockchain is coming into focus 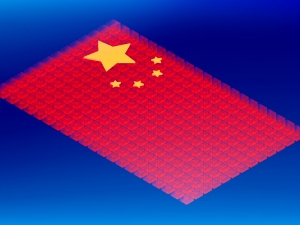 Remember when more crypto was traded in China than any other country in the world? Though it was less than five years ago, it seems like a lifetime ago. In 2021, China accelerated a long-running crackdown on decentralized virtual currencies, banning just about everything crypto-related but possession. While some diehard crypto enthusiasts in China may carry on, Beijing has made crypto trading more trouble than it is worth for most Chinese. With crypto out of the way, Beijing can now concentrate on developing its own blockchain ecosystem.

In China, the underlying technology of cryptocurrencies that was hailed for its decentralized nature – a way to send money anonymously outside of the financial systems constructed by sovereign states – is being repurposed for centralized control with fiat currency as payment. Many true crypto believers have been surprised and disappointed at the development path blockchain technology has taken in China. Others who follow China's digital economy and regulatory environment closely have been less surprised.

As it turns out, Beijing is planning to develop a blockchain ecosystem that works for China. After all, this has happened with many other elements of the digital economy, from search to social media to transportation to financial services. Of course, the private sector played a paramount role in these past successes.

Currently, major blockchain initiatives in China are heavily state-led. The state-backed Blockchain-based Service Network (BSN) is probably the most prominent. BSN’s Distributed Digital Certificate (DDC) project is currently busy figuring out a way to segregate NFTs from crypto, perhaps by offering application programming interfaces for the development of user portals and apps where fiat currency is the sole payment method.

Yifan He, chief executive officer of BSN-DDC's’s tech support provider Red Date Technology, told Coin Telegraph in January that NFTs do not face legal problems in China provided they are not used together with Bitcoin and other decentralized virtual currencies. Yet since public chains cannot be legally operated in the country, the only option to host NFTs at present is using private chains which he described as “unreliable.”

With that in mind, BSN-DDC aims to create a nationwide NFT infrastructure that “would use an open, permissioned blockchain to enable an on-chain governing body.” Supporting this infrastructure will be heavyweight state-owned firms China Mobile and China UnionPay, as well as the State Information Center.

More in this category: « India plans crypto tax, greenlights CBDC What’s going on with the digital yen? »
back to top