Blockchain technology has become one of the most popular topics in China today as it moves beyond conversations in the tech industry to normal individuals in their everyday lives. It is easy to catch a conversation about ideas of blockchain at a restaurant, on a bus, or in a club from people excited about the investment opportunities of blockchain projects, or even just blockchain ideas.

While China is determined to put more effort into developing blockchain technology, blockchain deployments globally have been limited. According to Gartner’s 2018 CIO Survey, only 1% CIOs out of 3,138 admit to having invested in or deployed blockchain solutions, while 77% said no plans or no interests in deploying the technology. 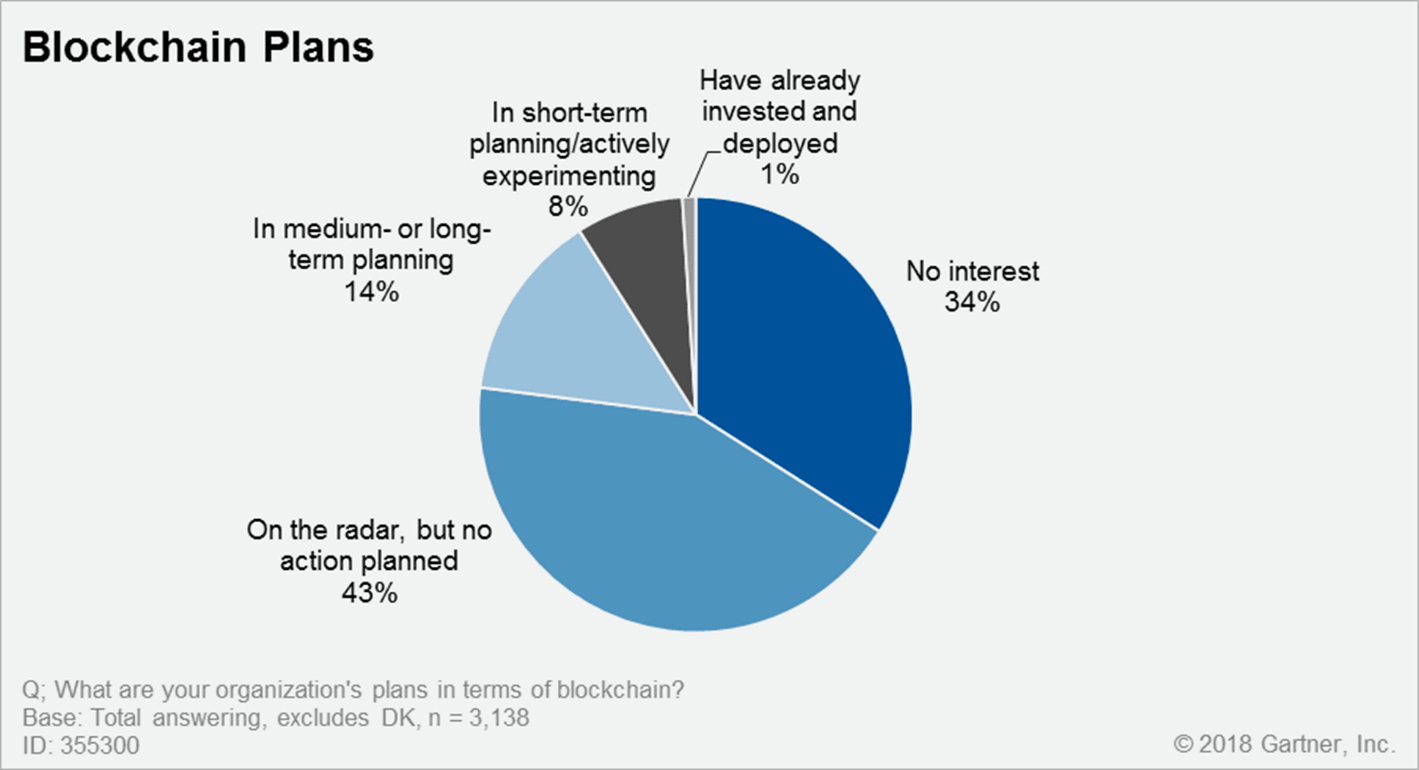 The low deployment shows CIOs’ concerns about rushing into blockchain development, especially because of the high potential cost of project failure. There is a huge gap between how much we believe blockchain could change the market, and where it is today. It is, after all, still an immature technology in its very early days. Lack of true talent is another critical issue. Most people who talk about blockchain in the street cannot give a clear definition about the technology, let alone to demonstrate its capability or calculate how much a blockchain project may worth.

Is blockchain really an inevitable technology? The answer may not be promising from the CIOs’ survey. However, it certainly has attracted significant attention from companies in certain industries such as telecoms and financial services. In 2017, financial institutions in China spent more than RMB1.3 billion in blockchain related projects. The first quarter of 2018, the spend has already hit RMB681 million and is expected to keep growing. With great amount of investment, China is eager to be a leader in blockchain development. Whether it is successful, remains to be seen.

More in this category: « State of the (Blockchain) Union: Baidu, Ant Financial and Tencent Tencent removes a blockchain mini-app from WeChat »
back to top