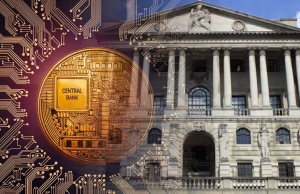 Southeast Asia is fast warming to central bank digital currencies (CBDCs) with Laos the latest country in the region to signal its intention to develop one. What makes Laos’s situation unique is that the same Japanese company that developed Cambodia’s retail CBDC, Project Bakong, will be involved in exploring the possibility for a digital kip (the Laotian currency).

On Oct. 3, Nikkei Asia reported that the Laotian central bank recently signed a memorandum of understanding with the Japan International Cooperation Agency on studying the development of a CBDC. Tokyo-based Soramitsu will lead the study. Soramtisu is best known as the architect of Cambodia’s Project Bakong, which has quietly emerged as one of the first functional CBDCs in the world. The only digital fiat currency at a more advanced stage is the digital renminbi.

Bakong has made steady progress since its October 2020 launch. Its e-wallet had reached 200,000 in June, about double the amount in March. The overall Bakong ecosystem counts 5.9 million users (including those accessing it through member bank mobile apps). From January to June, Bakong recorded about 1.4 million transactions worth US$500 million. In August, the National Bank of Cambodia (NB) and Malaysian bank Maybank launched a mobile cross-border remittance service that allows Bakong users to receive up to USD $2,500 from Maybank’s MAE app customers in Malaysia at a lower cost and in real time.

A CBDC makes sense for Laos for a variety of reasons. The country is among the most impoverished in Asia and has struggled to deliver cash relief handouts recorded largely on paper-based family books to its people during the pandemic. A digital payment system could likely ameliorate the distribution of aid, making it faster, more transparent and more targeted, allowing the government to provide aid to those most in need. Additionally, digital fiat currency would probably make everyday retail transactions more convenient and boost the country’s e-commerce sector.

Should Soramitsu implement a similar version of Project Bakong in Laos, having the same CBDC infrastructure could facilitate seamless cross-border payments between Laos and Cambodia.

Meanwhile, in August the Bank of Thailand (BOT) announced it would launch a retail CBDC trial by the second quarter of 2022 which will focus on cash-like activities but only “within a limited scale”, including accepting currency, converting and transacting.

The Thai central bank is also involved in a cross-border CBDC project with the Hong Kong Monetary Authority (HKMA) which aims to ameliorate cross-border inefficiencies that are characteristic of the correspondent banking network. A report about the project published in September concludes that the project can significantly reduce cross-border payment costs. At the same time, it found some areas that need further exploration, including privacy for PvP transactions, optimizing liquidity savings, and scalability.

More in this category: « Japan works to balance crypto risk and reward Crypto seems to have a way forward in India »
back to top