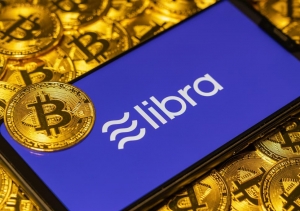 Facebook's virtual currency initiative is getting a much needed boost with the addition of Singapore's sovereign wealth fund Temasek to the Libra Association. Temasek is the first member based in Asia and brings the city-state's fintech prowess to the table. Over the past decade, Singapore has emerged as Asia's preeminent fintech hub. Its government has approached fintech as an enabler of a wider variety of financial services rather than a mere disruptor of the status quo. If Libra is going to succeed, it will need to move in that direction.

At the same time, there are clear benefits for Singapore of becoming a stakeholder in the Libra project. To be sure, there is risk involved, especially as regulators and legislators in the U.S. remain circumspect about both Facebook and cryptocurrency in general. The project will need their backing to get off the ground. But if Libra does clear those initial hurdles, Singapore will be positioned to be its base in Asia. The city-state is ideal for that role, with its pro-business ethos and political stability. Libra would aim to expand its reach throughout Southeast Asia, for which Singapore can serve as a springboard.

Libra could expand its footprint in Asia through Temasek's portfolio companies, which include some of Singapore's largest firms. Temasek has a 29% stake in DBS, both the city-state and Southeast Asia's No. 1 bank by assets, a 52% stake in SingTel, the largest Singaporean telecoms firm, and a 56% stake in Singapore Airlines.

“Our participation in the Libra Association as a member will allow us to contribute toward a regulated global network for cost effective retail payments,” Temasek International Deputy Chief Executive Officer Chia Song Hwee said in a statement. “Many developments in the space excite us. We look forward to further exploring the potential of the technology.”

Other recent additions to Libra include Paradigm, a crypto investor based in San Francisco, and the PE group Slow Ventures. Existing members include Andreessen Horowitz, Sweden's Spotify, e-commerce operator Shopify, Uber and Lyft. In total, there are 27 members. Former members who have since exited the project include PayPal, Stripe, eBay,  Visa and Mastercard.

To address its regulatory challenges, Libra appointed Stuart Levey, HSBC's chief legal officer, who will serve from July as its first independent chief executive. Levey previously served as a U.S. under-secretary for terrorism and financial intelligence. He will lead efforts to get the U.S. and other governments to sign off on the initiative.

Libra had sought to launch by June, but now reportedly aims to go live between mid-November and year-end.

More in this category: « South Korea explores new digital finance applications Will Ripple relocate to Asia? »
back to top
© 2007 - 2021 Kapronasia