Can Singapore become a crypto hub? 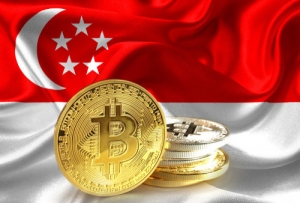 Try as it might, the cryptocurrency industry has not yet been able to shake its reputation for being not quite above board. The rebellious, underground side of crypto has won it many devoted fans – just not usually among financial regulators. But what if crypto – like many segments of Asia’s fintech industry – found a home in Singapore?

Cryptocurrencies are not yet legal tender in Singapore, and are instead labeled as goods that can be used for exchange, while the actual crypto trading market in the city-state is nascent. For instance, crypto makes up less than 0.01% of the assets in funds managed by MAS-regulated fund managers while the combined peak daily trading volumes for Singapore's top three cryptocurrencies is only 2% of what it trades in securities every day, according to the Blockchain Association of Singapore.

Still, the city-state is considered relatively open to financial innovation and is well known for upholding the rule of law, one of the main reasons the financial industry likes it. The Monetary Authority of Singapore’s (MAS) openness to regulated crypto exchanges could offer an ideal opportunity for crypto to go mainstream in Asia.

In early August, the MAS granted preliminary approval to Australia’s Independent Reserve to operate as a regulated provider of digital payment token services, making the Australian firm one of the first to receive such authorization to operate in the city-state. The MAS has reportedly notified several others of their approval, but Independent Reserve is the first to announce its acceptance.

"To be one of the first cryptocurrency exchanges to be notified by MAS of our in-principle licensing approval is a reflection of the robustness of the policies, procedures and risk management systems that we have put in place to guide our day-to-day operations," Independent Reserve's chief executive Adrian Przelozny said in a statement.

Singapore is the first overseas market for Independent Reserve, which was established in Australia in 2013. In late 2019, the company began offering digital asset exchange and over-the-counter trading services to individuals and institutions in the city-state.

Around 170 applicants have applied to provide digital payment token services since the Payment Services Act went into effect in January 2020. About 30 applications have been withdrawn after engagement with MAS while two had been rejected. Around 90 service providers are operating under an exemption from holding a license, including Binance, the world’s largest cryptocurrency exchange as of April. The company’s founder Changpeng Zhao is also based in Singapore.

Similarly to its US and European counterparts, the MAS is choosing to regulate crypto exchanges on anti-money laundering (AML) and due diligence measures, but not their trading activities. “The implications of MAS’s approval will be to strengthen customer protection mechanisms, transaction screening and AML processes, which will help counter financial crime,” Monsur Hussain, head of financial institution regulatory research at Fitch Ratings, told The Banker.

More in this category: « South Korea is keener on a CBDC than crypto What’s happening with CBDCs in Southeast Asia? »
back to top