The (Qingdao) Blockchain Research Company released a set of ratings for various blockchain projects on May 17th, 2018. The company is related to China Center for Information Industry Development (CCID), led by Ministry of Industry and Information Technology (MIIT), part of the national government, but it would be wrong to read that this is any sort of acceptance of crypto by the Chinese government.

The project ratings consider technology, applicability, and sustainable innovation. According to the rating, the top 5 projects are Ethereum, Steem, Lisk, NEO and Komodo. Bitcoin is ranked as 13. Under each index, Stem achieved the highest in technology, NEO is ranked top in applicability and Bitcoin is recognized to have the best sustainable innovation.

The rating only evaluates public blockchain functions and is not related to tokens used in the chain. All of the projects meet five basic conditions set by the research group:

The judging panel consisted of professors from top universities and CTOs from technology or blockchain companies. One of the judges, Zhou Yefei, is from Coldlar, which is a company providing a cryptocurrency hardware wallet and app. Although the Chinese government has stopped ICOs and closed crypto exchanges, there is no limit on people holding cryptocurrencies.

This is not a signal that China will accept crypto soon

The list is not perfect and not complete as there are many more projects that meet their conditions but not considered in their ranking.

Among all the characteristics judged, the token itself has little consideration. The ratings are from a private company that has a government background. Though the rating evaluates projects closely related to cryptocurrency, the most important condition is that it is a public blockchain, which is different from Weiss cryptocurrency rating published earlier this year that considered both the blockchain and the token used on the blockchain. Their conclusion reflects the government’s desire to only talk about blockchain technology rather than tokens.

Over the past few months, China has shown their obvious intention to develop and standardize blockchain technology. Many places like Shenzhen and Hangzhou have set up blockchain industrial parks and special funds. The MIIT is working on national blockchain standard, which is expected to be finished by the end of 2019. Those projects in the list can be used for reference in rulemaking, but likely designed for little more. 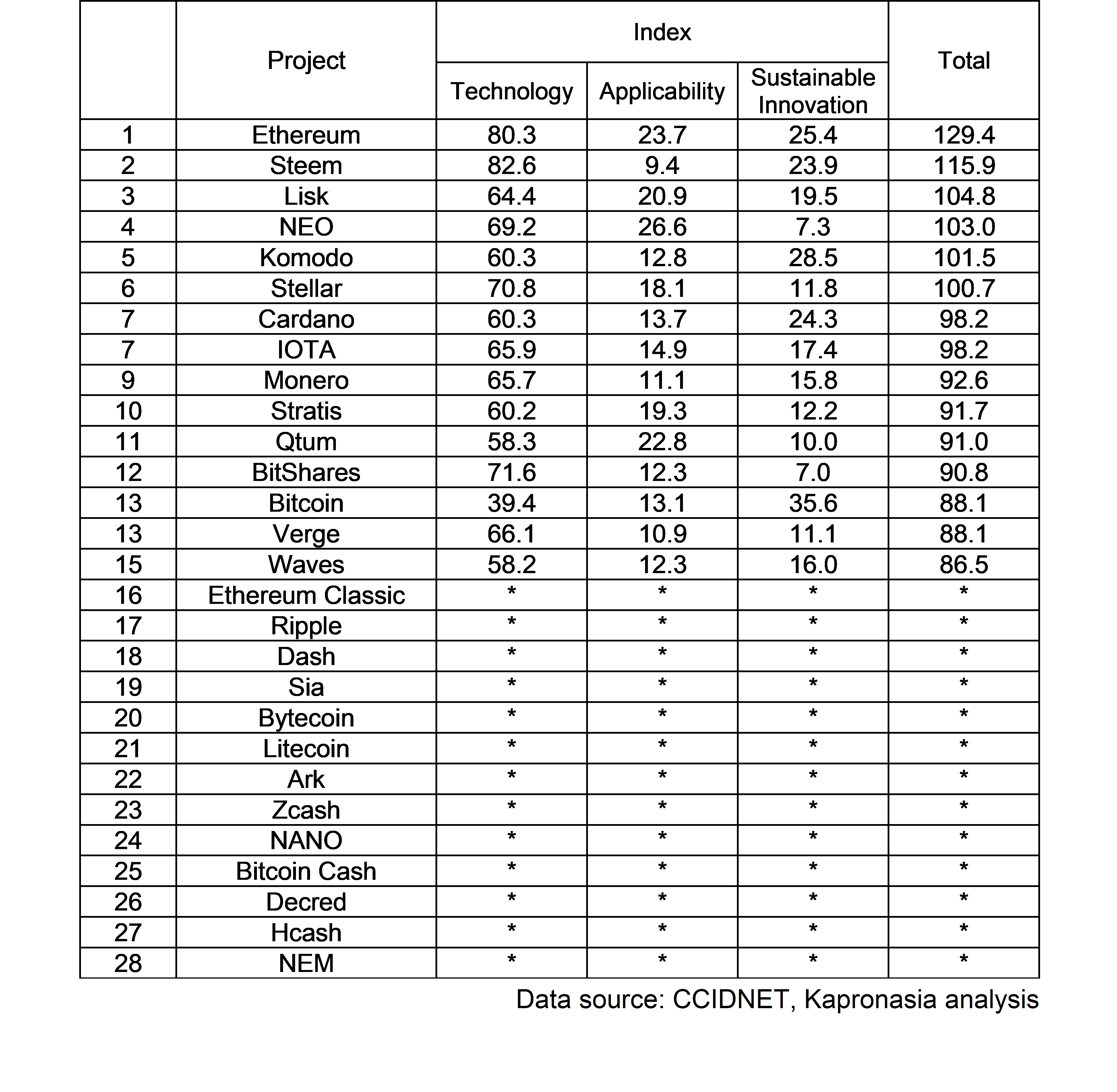 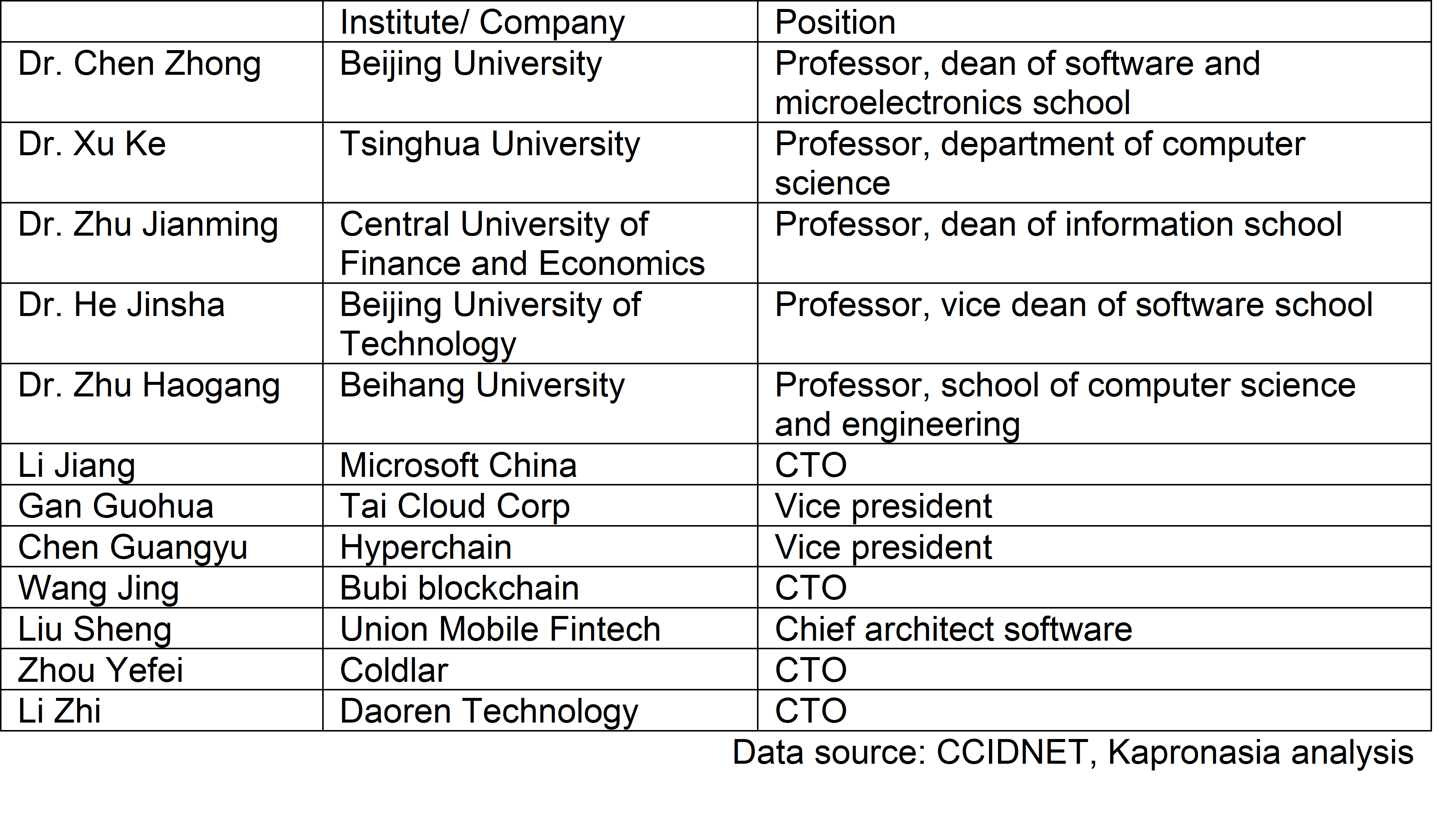 More in this category: « Tencent removes a blockchain mini-app from WeChat Security Token Offerings: the new kid on the block(chain)? »
back to top