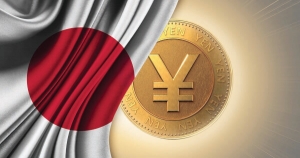 Surprise, surprise: Japan is in no hurry to issue a digital yen. In a June report that declared proof of concept in the first-phase study, the Bank of Japan (BOJ) repeated its stance that it has “no plans to issue” a CBDC, though the Japanese central bank believes it is “important to be prepared thoroughly to respond appropriately to any future changes in the environment.” Talk about a general statement.  The BOJ’s stance has to be viewed within the wider context of CBDC development in Asia, especially the underwhelming performance – at least in relation to the hype surrounding it – of China’s digital renminbi.

The origins of the digital yen project can be traced to Japan’s concern that not having a CBDC might put it at an economic and geopolitical disadvantage. That belief derived from concern that China, which is much further ahead on CBDC development than any Asian country save Cambodia, would be able to use its digital renminbi to dominate cross-border financial flows. Some Japanese lawmakers even believe China's CBDC advances could allow it to challenge the dollar's status as a global reserve currency, and the financial dominance of the United States, Japan’s paramount ally.

"We must think about what could happen to Japan's national security if other countries move ahead on CBDCs,” Takayuki Kobayashi, a minister overseeing economic security, told Reuters last November.

These concerns are not very well founded. Firstly, China’s digital yuan is primarily being used domestically for now. Whether it can become useful for cross-border payments will depend to a certain degree on how other countries develop their respective digital fiat currencies. Secondly, domestic adoption thus far in China is lukewarm. A recent Bloomberg report that interviewed multiple Chinese citizens found that many of them are wary of privacy issues around the e-CNY and besides that, prefer to transact with existing digital wallets like Alipay and WeChat in traditional fiat currency. Thirdly, China retains significant capital controls and a controlled exchange rate that impede the adoption of the renminbi as a global reserve currency, irrespective of whether it is digital or not.

Meanwhile, it is questionable whether Japan needs a CBDC to boost financial inclusion or cashless payments.  Japan is among the best banked countries in Asia with 98% of Japanese having a bank account. While lagging in cashless payments compared to China and South Korea, Japan has picked up the pace under the Cashless Japan initiative and given pandemic-driven trends. The Japanese government is targeting 40% of payments to be cashless by 2027. Having reached 32.5% in 2021, Japan can reach its target if the pace of growth does not lag in the next few years.

To be sure, some influential players in Japan’s private sector are interested in a digital yen. A consortium of more than 60 firms led by the financial groups of Mitsubishi UFJ, Mizuho and Sumitomo Mitsui has established a digital currency forum to begin trials to hopefully launch a yen-based digital currency, tentatively called DCJPY, by the end of the financial year.

However, it is unclear how much traction such a project could gain without strong support from the BOJ. And the BOJ is in no rush to launch a digital yen.

At the same time, there may be opportunities overseas for Japanese fintechs working in the CBDC space. For instance, the Japanese fintech firm Soramitsu, which was instrumental in designing Cambodia’s retail CBDC Project Bankong, is working with the Japanese Ministry of Economic Trade and Industry and the central banks of Vietnam, Fiji and the Philippines to conduct a feasibility study on how CBDCs might be used in different Asia-Pacific countries. Earlier this year, Soramitsu also launched an Oceania CBDC study.

More in this category: « The Philippines is shrugging off the crypto bear market Digital transformation at SCB hits a snag »
back to top