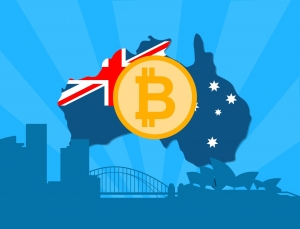 The need for comprehensive regulation of decentralized virtual currencies in Australia is greater than ever as crypto ownership in the country steadily rises. New research by Roy Morgan shows that 1 million Australians aged 18 and up own at least one cryptocurrency with the average crypto investment in the country roughly AU$20,000. Unsurprisingly, Bitcoin and Ethereum are the most popular cryptocurrencies with investors, though some also hold Ripple, Cardano, Dogecoin, Shiba Inu, Solana, Binance Coin, Litecoin, Cronos and others.

In a press release, Roy Morgan notes that investing in cryptocurrencies remains a novelty for many Australian. Given that just a fraction of the adult population has invested in crypto, “there is still the potential for huge growth in the market over the next few years as more Australians become exposed to this form of investing.”

Indeed, the Australian Taxation Office has found that more than 800,000 Australian taxpayers have transacted in digital assets in the last three years. Transactions rose 63% year-on-year in 2021.

Yet unlike some countries in Asia Pacific, Australia has not taken a particularly strong stance on crypto one way or the other. While that approach may have allowed the industry to grow organically, at this point, with crypto on the cusp of crossing over to the financial services mainstream, it no longer suffices.

A case in point: Most of Australia’s largest banks still hesitate to get involved with crypto because they are mindful that the country lacks relevant regulations. This will result in missed opportunities for incumbent financial services providers, investors and digital asset firms without a more proactive regulatory approach.

In Nov. 2021, Commonwealth Bank of Australia (CBA) became the first Australian lender to offer customers the ability to buy, sell and hold an array of cryptocurrencies, working in a partnership with crypto exchange and custodial partner Gemini and blockchain firm Chainalysis. However, the pilot scheme is quite limited. Initially it was only accessible to CBA staff members, and it will reportedly be expanded to a small number of pre-selected customers in the coming months. Clearly, CBA is proceeding with caution.

A new consultation paper marks a step in the right direction for crypto regulation in Australia. Released in March, it which proposes a new regulatory and licensing regime for crypto asset secondary service providers (CASSPrs). The main regulatory framework tabled could fall outside the existing Australian Financial Services licensing regime. The proposals include requirements like breach reporting obligations, compliance with anti-money laundering laws and a strategy for classifying crypto assets. The paper is open for public feedback until May 27.

For his part, Senator Andrew Bragg, one of Australia’s most pro-crypto lawmakers, has called for crypto reforms to be consolidated into a comprehensive legislative package that includes a a Digital Services Act.

More in this category: « India turns the screws on crypto Why is crypto adoption high in Indonesia? »
back to top