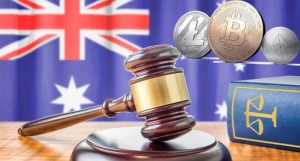 Australians lost AU$113 million (US$81.5 million) to crypto investment scams in the first five months of 2022, according to new data from ScamWatch cited by consumer watchdog the Australian Competition and Consumer Commission (ACCC). The ACCC noted that most of the reported losses, which occurred in the January 1 to May 1 period, were investment scams, and they rose by 314% (including non-crypto scams) compared to the same period last year. This situation underscores the need for Australia to implement comprehensive regulation for digital assets, as crypto use among Aussies continues to rise steadily.

One of the reasons crypto scams are so prevalent in Australia – and indeed in many other countries – is that the industry remains largely unregulated. Regulators in most countries typically have no clear set of rules to govern the industry, unlike say, securities. Retail investors are thus left largely on their own when they foray into crypto, an industry that prizes privacy and anonymity and in some respects is especially susceptible to malfeasance.

While other investment scams are occurring in Australia, they account for less than a third of the AU$158 million lost from January to May, while more than 70% of the illicit activity involves digital assets. Further, the amount Australians lost to crypto scams in the first four months of 2022 is already greater than the total lost to such criminal activity in 2021: AU$99 million.

A typical crypto scam offers investors big returns on their investments, often touting a “groundbreaking” crypto trading system. Sometimes there are bogus celebrity or government agency endorsements. As in most Ponzi schemes, the victims usually receive some small returns at the beginning, to ensure that they do not prematurely try to pull their money out. However, the scammers eventually bilk them and disappear with the money.

Also common are “pump and dump” scams in which criminals hype a questionable crypto investment to gin up prices, then sell and leave other investors high and dry. Because people buy into the hype, the specific coin might soar in value temporarily – and that is the time when the scammers sell all their coins off, profiting handsomely while everyone else is left holding something worthless.

Crypto scams have soared in Australia amid a bull market (until recently, that is) and Aussies’ growing ownership of digital assets. According to data compiled by Finder’s, roughly 3.6 million internet users in Australia say they own digital assets. Per Finder’s survey of 27 countries, Australia has the sixth highest rate of crypto ownership.

With that in mind, industry observers expect the government of Australia’s new prime minister Anthony Albanese to make the development and implementation of crypto regulation one of its main tasks, perhaps picking up where former PM Scott Morrison’s government left off. In late 2021, then Australian Federal Treasurer Josh Frydenberg said Canberra would aim to roll out “a comprehensive payments and crypto-asset reform plan” in 2022. Frydenberg said that the legislation would establish a regulatory framework for consumers “to underpin their growing use of crypto assets and clarify the treatment of new payment methods.”

In April, the Australian Prudential Regulation Authority (APRA) said it would tentatively target 2025 for its crypto policy framework to be effective. Consultations for the financial treatment of crypto assets would likely take place in 2023, APRA said. The only consultation likely to take place this year will focus on operational risk standards.

More in this category: « India's crypto market is hurting
back to top