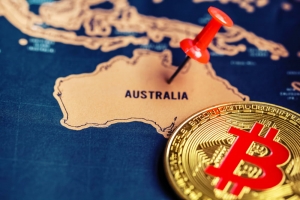 Australia may be reaching its crypto inflection point. Canberra has never repudiated crypto but nor has it embraced decentralized virtual currencies. However, as other countries in the Asia-Pacific region like Singapore and Japan step up their efforts to become crypto hubs, Australia is realizing that decentralized digital currencies offer it an opportunity as well. A report published by Australia’s Senate in late October recommends that the country alter its laws to make them more amicable to crypto.

The report by The Select Committee on Australia as a Technology and Financial Centre has 12 recommendations for the regulation of crypto and digital assets. The report suggests that new regimes be established for market licensing for digital currency exchanges (DCEs), that custodial and depository services be created, and that anti-money laundering and counter-terrorism financing guidelines be adjusted as necessary for decentralized digital currencies.

With regards to the industry's calls to jettison capital gains tax (CGT) for digital currency trades, the committee recommended that CGT only be applied "when there is a clearly definable capital gain or loss" when a trade occurs. However, it is unclear as of now at what threshold taxation would come into play.

The committee chair, Liberal senator Andrew Bragg, told Australia’s ABC News that the report was generally on the money. He hopes that the report’s proposals can become law within the next year. "I'm concerned about the brain drain and the loss of good people really, because you're already seeing Australian crypto markets seeking licenses offshore," he said.

One important recommendation that may fly under the radar for non-crypto experts is for the federal government to establish a new, decentralized autonomous organisation (DAO) company structure. According to ABC News, "decentralized autonomous organizations (DAOs) are common law partnerships, syndicates or unincorporated associations whose activities and investment decisions are coordinated by code or smart contracts."

Should Canberra take the committee’s advice, Australia could see a rapid uptick in crypto business. For instance, the state of Wyoming in the United States legally recognized DAOs this year, and is now attracting an increasing number of digital asset businesses.

Australia is in a good position to become a crypto hub given the population’s familiarity with digital assets. A YouGov study conducted in September found that more than 1/3 of all Australians under 50 either own or have owned digital assets, making them among the biggest users of crypto in the OECD group.

Even if most of the recommendations from the committee are implemented, many questions remain about banks’ relationship with crypto. Australia’s big lenders, stung by previous money-laundering fines, have generally refused to deal with digital assets. If there is a solid regulatory framework set up for crypto, the banks may rethink their ultra-conservative approach.

But ultimately, the Australia government cannot force banks to deal with an asset class they want to avoid. Crypto supporters will have to hope that the regulations the government adopts are sufficient to put banks at ease, while the business opportunities offered by crypto become too large for lenders to ignore.

More in this category: « Crypto seems to have a way forward in India Taiwan is unlikely to become a crypto hub »
back to top