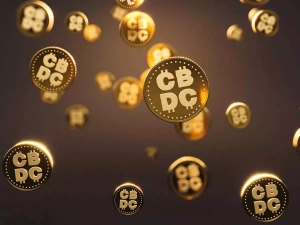 When Cambodia swiftly launched its retail central bank digital currency (CBDC) Project Bakong, it seemed that other Southeast Asian countries might also make similar moves. Yet in the nearly two years since Bakong went live in October 2020, not a single nation in the region has launched a CBDC of its own. Even the pilot programs are proceeding slowly. It seems that the hype around digital fiat currencies is subsiding and governments are worrying less about whether their nations will be left behind in the next generation of finance and more about if a CBDC offers clear benefits that justify its costs.

Project Bakong is likely more of an exception than a rule for Southeast Asia. Cambodia has both a large underbanked population and relatively rudimentary digital payments infrastructure. It also wants to ween its population off U.S. dollars and believes a retail CBDC can help it accomplish that objective. As Bakong says on its official website, “The main objective of Bakong Project is to provide an easy, fast and low-cost payment system allowing Cambodian people to get access to financial services.”

There are just a few countries in Southeast Asia with similar demographics to Cambodia. One is its neighbor Laos. And sure enough, in October 2021, Japanese blockchain provider Soramitsu, the creator of Bakong, announced it would cooperate with the Bank of the Lao PDR on a CBDC feasibility study. The Japan International Co-operation Agency is working on the project jointly with the central bank, as part of a wider push to support socioeconomic development in Laos.

Myanmar is another Southeast Asian country that could possibly reap large benefits from a CBDC. 70% of the population – 40 million people – remain unbanked. In February, its military government said that it planned to establish a digital currency to support domestic payments and boost the economy within the year. It is unclear if the Myanmar government will pursue the initiative independently or in cooperation with certain companies. Due to political concerns, companies will be cautious about signing onto such a project, especially given the potential privacy concerns.

Elsewhere in Southeast Asia, most nations are still just beginning to research a CBDC. In June, the Philippines and Vietnam said they would launch feasibility studies as soon as that month. Indonesia plans to issue a white paper at the end of the year about a potential digital rupiah. For its part, Thailand is planning to advance its development of a retail central bank digital currency to a pilot phase by the end of the year, but has no plans yet to issue a digital baht. Issue of a CBDC “requires thorough consideration of benefits and associated risks for the financial system,” the Bank of Thailand said in a statement.

As for the region’s financial center Singapore, the city-state is in no rush to launch a digital Singapore dollar. In March the city-state’s finance minister Lawrence Wong, who is also deputy chairman of the Monetary Authority of Singapore (MAS), said “there is no pressing need for its [a digital Singapore dollar] issuance.” To be sure, MAS has experimented extensively with wholesale CBDCs (Project Ubin), but a retail digital fiat currency is not especially relevant for a country where 98% of adults have a bank account and digital payments infrastructure is well developed. Whether Singapore eventually does issue a digital Singapore dollar will likely depend to some degree on CBDC issuance proceeds overseas, especially among its major trading partners.

More in this category: « Is Thailand souring on crypto? Thailand’s SCB pivots away from crypto »
back to top