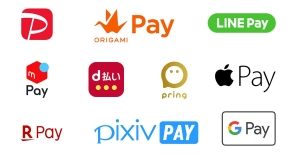 Much has been written about Japan’s preference for cash. It largely boils down to a culture that appreciates tradition and the physical; indeed, CDs still account for about 70% of music sales in Japan. Japan also still has about 31 million newspapers in daily circulation, compared to 25 million in the U.S., a country with a population more than 2.5 times larger than Japan.

With that in mind, the year-end balance of banknotes in circulation in Japan hit a record high for the 13th straight year, the Bank of Japan said in late December. The balance grew to 125,068.3 billion yen at the end of 2022 from 121,963.8 billion yen a year before. The balance has been increasing with many people keeping cash at hand amid low deposit rates reflecting the BOJ's prolonged massive monetary easing policy.

We do not think there will be any silver bullet that will end Japan’s costly cash dependency – after all, it costs a lot of money to print and transport all that currency.

One problem is that while Japan has a huge variety of different cashless payment options – especially e-wallets – the fragmentation can make it hard to choose, without obvious benefits from picking one e-wallet over the other, and some Japanese may decide to just pay with cash since it is accepted everywhere. There is Line Pay, Softbank’s PayPay, Nanaco, Rakuten Edy, D-Barai, Origami Pay, Suica, merPay, Pixiv PAY, Google Pay, Apple Pay, and many more.

One move that may help drive faster cashless adoption is the decision of the labor ministry to permit e-money salary payments. The public and private sector employees who agree to receive a part of their wages virtually will be allowed to hold up to 1 million yen ($6,800) in their digital salary wallets. If an online operator goes bankrupt, this balance will be refunded to the consumer. With that guarantee, which mimics the 10 million yen public deposit insurance in the event of a bank failure, labor unions have given their backing to the plan, ending a debate that began in 2020.

Many people will likely choose to receive a portion of their wages via their digital wallet for daily purchases and other transactions, while the rest of their salary will be received through a more traditional bank account,” a Rakuten spokesperson told Bloomberg.

More in this category: « BNPL regulation in Taiwan is imminent
back to top