Will fintech save Go-Jek and Grab from Uber's fate? 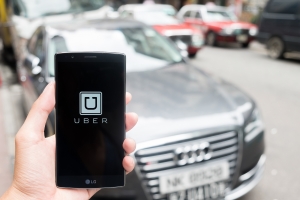 Uber's recent initial public offering underwhelmed investors, as the ride-hailing juggernaut raised $76 billion instead of the $120 billion that had been once expected. Since the IPO, Uber has lost about $5 billion in market capitalization. Analysts say that it could lose another $1 billion before the year ends.

The main problem for Uber is simple: Its core ride-hailing business isn't profitable. For an early-stage startup, profitability isn't essential. But Uber has been around for a decade, and it's still in the red. In 2018, it posted a net loss of $1.8 billion. Chances are high that the company will not make a profit this year either.

Southeast Asia's Uber offshoots, Singapore-based Grab and Indonesia-based Go-Jek, have taken note of Uber's travails. Eager to stay in the good graces of their backers, they're talking up paths to profitability besides ride hailing. Their best bet may well be digital banking. By capturing a large enough slice of Southeast Asia's growing fintech pie, Grab and Go-Jek reckon they can negate ride-hailing's drag on profitability.

"The most powerful asset of Go-Jek [is] that we don't need four-wheel ride-hailing to be profitable," Go-Jek chief executive officer Naidem Makarim told the Nikkei Asian Review in late May. Payments and food delivery account for a much larger share of the company's gross merchandise value than ride-hailing's 25%, he said.

A spokesperson for Grab told Nikkei: "It's important to understand that our business - both our business and our operating model - is quite different from Uber or Lyft." Citing Grab's "integrated payments network," the spokesperson said that the company is striving "to become the everyday super app, to encourage cross-usage of our verticals."

Uber has not introduced fintech services, perhaps because demand for digital banking is lower in its home market than in Southeast Asia, where, outside of Singapore and Malaysia, financial inclusion is not high.

Instead, Uber has focused on food delivery, a strategy that has yet to bear fruit. While Uber Eats generated $7.9 billion in gross bookings last year, it was not profitable as Uber sometimes had to pay drivers more than the delivery fees it charged customers. Food-delivery firms often engage in price wars by regularly subsidizing customer purchases. Inevitably, margins are squeezed.

Before they decided to become digital banks, Go-Jek and Grab followed in Uber's footsteps by adding food delivery to their services. Both companies must ensure food delivery doesn't become a drag on growth.

In the short term though, the Southeast Asian ride-hailing giants have money to burn. Like Uber's investors, Go-Jek and Grab's backers have deep pockets. Heavyweights invested in Go-Jek include Google, Tencent, JD.com and Indonesian conglomerate Astra International. Big investors backing Grab include Softbank, Hyundai Motor, Yamaha Motor and Microsoft. Go-Jek is currently valued at US$9.5 billion and Grab at $14 billion. Go-Jek has done 9 rounds of funding and Grab 24.

The funding rounds look set to continue as both firms seek support for expansion across Asean. Both Go-Jek and Grab are betting that their large troves of user data gleaned from rides and food delivery can be tapped as they build out digital wallets.

Go-Jek and Grab have arrived at the right time to launch digital banking services. Nearly every Asean country is pushing financial inclusion policies undergirded by fintech. The barrier to entry is low: a smartphone, reliable internet connection and steady income. Many of the key markets have fast-growing economies as well, including Indonesia, Vietnam, Thailand, Malaysia, Cambodia and Myanmar.

Go-Pay, the fintech arm of Go-Jek is growing fast. In the four years from its founding in 2014 to 2018, Go-Pay's transactions reached US$6.3 billion, 30% of the total in Indonesia. The company has 4,000 merchant partners and has worked with 300,000 micro businesses and SMEs.

Aldi Haryopratomo, CEO of Go-Jek's digital wallet arm Go-Pay, told CNBC in March that the company will "strengthen and deepen" its fintech services. He noted that the company's meteoric rise to the top of Indonesia's top digital payments segment had gotten the attention of traditional banks, adding that Go-Pay could "become a bridge for banks" by providing advertising services for them and connecting them with the many unbanked Indonesians.

Go-Jek entered into a strategic partnership with Singapore's DBS last November ahead of the ride-hailing giant's arrival in Singapore. The two companies plan to work together in a combined regional expansion effort. Indonesia, where Go-Jek has an e-money license issued by the central bank, will be a key market.

The partnership makes sense for many reasons. Go-Jek knows ride-hailing and food delivery better than it does finance. A bank could better ensure compliance is in order. Indonesian regulators would be pleased to see a digital upstart working with an incumbent instead of against them. And of course, DBS would like the new business. Indonesia is Asean's largest country, by economy, population and land size. Analysts say that DBS could tap Go-Jek's user-data troves to expand online lending to consumers and small businesses.

For its part, Grab entered into an alliance with UOB last November in which the Singaporean bank will serve as the ride-hailing giant's "preferred banking partner" in Singapore, and a "strategic credit card partner" in Singapore, Indonesia, Malaysia, Thailand and Vietnam. Further, UOB plans to support Grab in fleet financing, regional and centralized treasury management solutions, and workplace banking services.

The tie-up with UOB "shows the potential of Grab’s user base and platform to drive business success for our partners," Anthony Tan, co-founder and CEO of Grab, said in a statement. "By combining our strengths, we will offer consumers more convenient payments services regionally and help more people move from cash to cashless.”

UOB said the partnership is linked to its efforts to develop a regional mobile-first banking business. In the future, UOB plans to offer different payment solutions from Grab's app.

Meanwhile, Grab has one major advantage in its battle for digital wallet share with Go-Jek across Asean: Grab acquired Uber's Southeast Asia business in 2018 for an undisclosed sum. The acquisition gives Grab a presence in all of Asean's largest economies. Grab leads the ride-hailing segment in Singapore, Malaysia, the Philippines, and Vietnam.

One size does not fit all

Go-Jek and Grab both are poised to capture fintech business in Southeast Asia, but they still face certain headwinds. A major challenge for the ride-hailing giants will be navigating the region's many regulatory regimes. We have previously written about how regulators outside of China have stopped Alipay and WeChat Pay cold in their tracks several times, something the Chinese firms never experienced back home.

Every regulator in Asean is different. A foreign company buying a stake in a local company or purchasing it outright and then calling itself local doesn't always endear the foreign firm to regulators. Interestingly, Singapore-based Grab has established a very strong foothold in the Philippines - it has a 90% share of the ride-hailing market - despite not being a local firm, probably because it's been there for so long. Grab entered the Philippines in 2013, just after its then home market of Malaysia, and before Singapore, where the company moved its headquarters in 2014.

With Grab entrenched in the Philippines, Go-Jek has had difficulty expanding there. Even the favored Chinese internet giant technique of buying one's way into the market hasn't borne fruit. In January, Go-Jek spent $72 million to acquire the Filipino fintech startup Coins.ph. Go-Jek has talked up the potential financial-inclusion benefits of the deal, but the Philippines still won't give Go-Jek a ride-hailing license. Manila recently capped foreign ownership in ride-hailing companies at 40%, a requirement Go-Jek cannot currently meet.

Go-Jek should team up with Filipino investors who would take a 60% stake in the venture, a spokesperson for the Philippines' Land Transportation Franchising and Regulatory Board said in January.

Regulatory travails aside, both Go-Jek and Grab must persuade consumers and small businesses across Southeast Asia that digital banking begins with a ride-hailing app. There is no precedent for that business model. Current fintech leaders across the region tend to be native digital wallets, like Malaysia's Boost, Vietnam's Momo and Cambodia's Pi Pay.

To be sure, China's Didi Chuxing is now rolling out fintech services, but in an advanced mobile banking ecosystem built largely by Alipay and WeChat Pay over the past five years. Alipay sprang from Alibaba's e-commerce empire and WeChat Pay from the ubiquitous (in China) messaging app.

WeChat soared to "super app" status largely because of its digital banking business. Before WeChat did finance, it was just a messaging app with a huge user base. Fintech allowed it to evolve into something much larger and more influential - a trailblazer in China's online banking system.

Fintech will be equally indispensable to Go-Jek and Grab's future prospects. Without strong digital banking arms, the firms could struggle to turn a profit, just like Uber. The U.S. company may still eventually reach the black and stay there without fintech, but going the Uber route isn't an option for Go-Jek and Grab. Their backers won't settle for glorified Uber copycats. The Southeast Asian ride-hailing giants must figure out a way to make digital banking pay.

More in this category: « Pi Pay leads Cambodia's growing mobile wallet segment Will the Philippines soon have a super app of its own? »
back to top