Will COVID-19 mark a turning point for cashless payments in Asia? 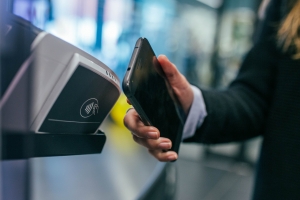 Across Asia, the cashless drive had been gaining momentum long before COVID-19 broke out in late 2019. In less than a decade, China, the region's largest and the world's No. 2 economy, has transformed from a cash-dominant into a cash-light economy. Its neighbors have been following suit.

A 2019 McKinsey study found that digital payments in Asia are growing at a roughly 15% annual clip, more than 2.5 times the typical economic growth rate in the region. Overall, cashless payments have been underpinning the rise of digital banking across APAC.

Asia may be at an inflection point for cashless payments as the coronavirus rages globally and hygiene concerns about the use of physical currency are growing.

In February, around the peak of the virus outbreak in China, China's State Council told journalists that banks should remove cash potentially contaminated with the virus from circulation and sterilize it with heat or UV treatments. Once the treatment was complete, banks were asked to store the money for seven to 14 days before returning it to circulation. Cash taken from high-risk sites including markets and hospitals was  sealed and specially treated. However, that cash was transferred for safekeeping to the People's Bank of China (PBOC) and not returned to circulation.

Prior to January 17, the PBOC reportedly arranged to allocate nearly 600 billion yuan ($86 billion) of new banknotes to the country. Fan Yifei, deputy governor of the PBOC, said in February, "After the outbreak, we paid great attention to the safety and health of the public’s use of cash."

As the virus has spread globally, other countries have been taking measures aimed at mitigating perceived infection risks from handling cash. Highlighting the need to prevent and control COVID-19's spread, the National Bank of Cambodia in late March urged consumers to use digital payments. ABA, one of Cambodia's largest lenders, asked consumers to use mobile payments instead of cash to pay bills and transfer funds. Japan's Nikkei Asian Review reported on March 26 that some shops in the Australian cities of Sydney and Melbourne are refusing cash payments - although they have no legal right to do so.

Given the virus's severity and the increase of social-distancing measures, it is understandable that the use of cash will come under closer scrutiny. Put simply, if the objective is to reduce the disease's spread through less contact, contactless payments  may be better than cash. However, credit cards that rely on a swiping or insertion into a card reader also involve physical contact.

David Hui, a professor of respiratory medicine at the Chinese University of Hong Kong, told Nikkei Asian Review in March that it is unclear if the virus can be transmitted via paper notes as there are a lack of data proving any correlation.

It could be worthwhile to conduct relevant studies. Yet in the absence of any peer-reviewed research, it is impossible to say whether using cash increases the risk of spreading the coronavirus.

It is possible to quantify the costs of heavy reliance on cash though. They add up. In early April, EuroMoney noted that India spends US$210 billion, equivalent to 1.7% of its GDP, on producing, storing and distributing cash. Costs could be reduced significantly with the gradual phasing out of cash. The objective is not to eliminate cash entirely - to do so risks financial exclusion of some of the most vulnerable members of society - but replace it as the mainstream form of payments in the long run.

A less crucial, but nonetheless important aspect of the cash vs. cashless conversation is convenience for consumers. In Taiwan, for instance, many taxi drivers only accept cash. They say they do not want to pay the fees associated with digital payments. Ride-hailing giant Uber, on the other hand, only accepts cashless payments. The transparency and convenience of the Uber system have made the company's services popular with Taiwanese consumers, despite Uber's periodic clashes with regulators and incumbents. Over time, the largest taxi companies in Taiwan have moved to position themselves as cashless friendly in an effort to compete with Uber. For consumers who want greater choice in payments, it's been a win.

More in this category: « Tencent and Alibaba duke it out in the Middle East How did Airwallex raise US$160 million during the COVID-19 pandemic? »
back to top
© 2007 - 2021 Kapronasia