Why is PayPal struggling? 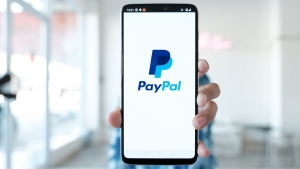 For an aspiring super app, PayPal’s performance over the past six months has been underwhelming. There is nothing “super” about its 59% decline in its share price to about US$110.50 during that period, nor the revelation that it had removed 4.5 million fraudulent user accounts. Though they were just a fraction of the company’s 425 million overall accounts, they represented a significant potential fraud risk.

PayPal was an early mover in the digital payments market thanks to its use as eBay’s e-wallet. It is still the preeminent e-wallet in North America, the UK, Scandinavia and much of continental Europe. PayPal also has a strong presence in the Australia market. In general, where eBay is big, PayPal tends to have a solid customer base. The top five eBay markets by sellers are the US, UK, Germany, China and Australia, according to Statista.

However, with eBay and PayPal splitting up, some PayPal investors are getting spooked. On the one hand, inflation is squeezing consumer spending while the company’s user growth is slowing. On the other, PayPal has not diversified its revenue sources very much. It still depends on fees from payment transactions for most of its revenue. If transactions fall sharply due to PayPal no longer being used as the means for payment to eBay sellers, PayPal needs to find new revenue streams.

PayPal’s “super app” appears to be an attempted solution to this problem. Rolled out in September 2021, the app will look familiar to anyone who has used a so-called “financial services super app” in Asia over the past few years. The PayPal app offers features like direct deposit, bill pay, peer-to-peer payments and crypto investing. It is not a bank, but has a partnership with Synchrony Bank for a high-yield savings account, PayPal Saving.

While PayPal is right to move beyond being a payments utility, and could gain some traction in its core markets as well as Australia, the app’s prospects look relatively poor in the wider Asia-Pacific region. Digibanking competition is already intense across Asia Pacific, where PayPal’s footprint is light. The only way for PayPal to be a serious player in the APAC region is by making strategic acquisitions, such as its purchase in Q4 2021 of the Japanese BNPL firm Paidy for US$2.7 billion.

Whether that deal pays off remains to be seen, but Paidy does have about 6 million users in Japan. If Japan’s cashless policy hits its target, there will be 25 million additional Japanese users of online payments by 2025 than there were in 2016.

More in this category: « Investment accelerates in Philippine digital payments firms India’s BNPL market is still far from peaking »
back to top