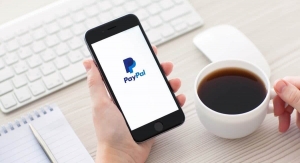 Australia is a key market for PayPal in Asia Pacific. The U.S. payments giant has 9 million accounts Down Under - not too shabby for a country of 25 million people. It has a 17% share of what JP Morgan calls the "alternative payments market (essentially non-cards), ahead of Google Pay, Apple Pay and Samsung Pay. But there is a new payments game in town led by firms like Afterpay and Zip. To maintain its competitive edge in Australia, PayPal needs to enter the buy now, pay (BNPL) segment.

PayPal is no stranger to BNPL - Doug Bland, senior vice president of global credit, even says the firm is "the originator in the buy now, pay later space" - but did not launch a product that directly competes with the likes of Afterpay, Zip and Klarna until September 2020. That product, called Pay in 4, allows U.S. customers to pay for purchases of US$30 to US$600 in four installments over a six-week period. There are no interest or origination fees. Merchants are paid up front for installment purchases and are not charged an extra fee for offering the service to their customers.

PayPal is now looking to grow Pay in 4's global footprint. With a booming BNPL market and plenty of existing PayPal customers, Australia offers the most immediate growth potential for the service in Asia Pacific. Elsewhere in the region, PayPal lacks the existing scale to grow the business briskly.

Business customers in Australia have reportedly been asking for PayPal to introduce BNPL. Without it, merchants could lose business. The sector is red hot, with transactions rising 90% to 32 million in the 2018-19 fiscal year from 16.8 million a year earlier, according to the Australian Securities and Investment Commission (ASIC).

Pay in 4 is likely to give both Afterpay and Zip a run for their money. PayPal will be able to leverage its large existing customer base, which includes 90% of Australia's largest businesses, and strong brand name. Given those many existing customers, it could cross-sell BNPL services.

Since it is not charging interest, Pay in 4 will not be regulated under Australia's credit laws. However, the company plans to thoroughly vet users of the service on both the merchant and consumer side, according to The Sydney Morning Herald.

PayPal will likely need to follow Australia's newly-released BNPL code of conduct, created by the industry in response to calls for regulation. The industry code requires BNPL firms to disclose late fees they charge their customers and check the finances of customers borrowing AU$2,000-AU$15,000 or more from at least one external data source, such as a bank statement. For customers borrowing AU$15,000 to AU$30,000 (the maximum), 2 external data sources must be used.

Firms currently covered by the code include Afterpay, Zip and Klarna as well as Brighte, Humm, Latitude Financial, Openpay and Payright.

More in this category: « Stripe intent on Asia-Pacific expansion Commonwealth Bank throws its hat in Australia's BNPL ring »
back to top