Why did PayPal acquire Paidy? 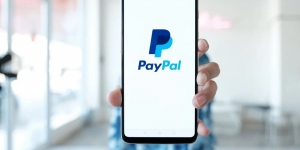 PayPal has long been one of the world’s preeminent online payment companies, but to stay at the forefront of the industry it needs to capture new market segments and build a larger presence in Asia Pacific, the fastest-growing region for digital finance. Targeted acquisitions will be integral to PayPal’s strategy, hence the recent purchase of the Japanese buy now, pay later (BNPL) platform Paidy for US$2.7 billion.

Wait for it: Some observers are spinning the Paidy acquisition as yet another illustration of the pandemic-driven online payments boom; the rush to be contactless etc. That is not the main reason PayPal bought the Japanese company. In fact, while Paidy allows shoppers in Japan to make purchases online, the actual payment can be completed either via bank transfer or physically in a convenience store. Unlike in the West, 24-hour convenience stores are ubiquitous in Japan’s cities.

At the same time, the Japanese government has had a cashless policy initiative for five years now, well pre-dating the pandemic, that aims to double the ratio of Japan’s cashless payments to 40% by 2025 (from the start date of the policy in 2016). It is a step-by-step process in cash-loving Japan. An online survey conducted by G-Plan Inc. and Biglobe Inc. found that just 29.5% of 7,865 respondent said that they had used cashless payments more since April 2020. The top reason to go cashless was not to avoid touching bills and coins, but to accumulate reward points offered by various e-wallets. Once Covid-19 is in the rearview mirror, reward points, cashback and other subsidies will likely become even more important.

PayPal is betting that with the acquisition of a prominent local BNPL firm – Paidy has 6 million users in Japan – it can get a foothold relatively early in a large potential market. If Japan’s cashless policy hits its target, there will be overall about 25 million more Japanese users of online payments by 2025 than there were in 2016.

PayPal’s new foray into the Japanese payments markets closely follows that of another US tech giant. In July, Google agreed to buy Japanese smartphone payment startup Pring for more than 20 billion yen ($181.9 million).

Interestingly, BNPL in Japan works a bit differently than in markets like Australia, the US, UK or Europe. According to the think tank Japan Research Institute Ltd, the majority of Japanese BNPL users clear their outstanding balance by the end of the month in one payment as accumulating debt is seen as undesirable in Japan. How that affects the development of BNPL firms in the Land of the Rising Sun remains to be seen.

More in this category: « Can Mynt compete against Philippine digibanks? Nium accelerates global expansion »
back to top