Why did Grab invest in LinkAja? 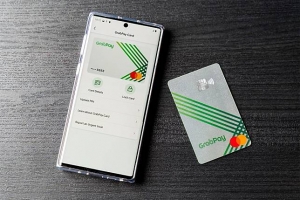 Grab has long had its eye on Indonesia, the home turf of its rival Gojek and Southeast Asia's largest economy. If Grab is going to be region's dominant super app, it needs to have a strong foothold in Indonesia, which by population is nearly as large as the Philippines, Vietnam, and Thailand combined. By leading a US$100 million Series B funding round in Indonesia's homegrown e-wallet LinkAja, Grab is signaling its intention to challenge Gojek more forcefully in the country's burgeoning digital finance segment.

In Indonesia's hyper-competitive e-payments market, LinkAja is a relatively minor player. An Ipsos survey from October shows that ShopeePay's user penetration was 48%, compared to Ovo's 46%, GoPay's 35% and Ant Group-backed Dana's 26%. By comparison, LinkAja had a user penetration rate of 16%. However, LinkAja says that it has about 58 million users in Indonesia, mostly in tier 2 and tier 3 cities.

To be sure, Grab can benefit from gaining access to LinkAja's users, but the Singaporean firm already has a stake in the more successful Ovo. More important for Grab is to establish deeper ties with the incumbent Indonesian financial institutions that are among LinkAja's key backers: state-owned Bank Rakyat Indonesia (BRI), Bank Madiri and Bank Negara Indonesia (BNI). In a statement, Grab Indonesia managing director Neneng Goenadi said LinkAja has "a hyperlocal knowledge base."

Whether the investment will endear Grab to Indonesian regulators is an open question. LinkAja was established with the intention of giving Indonesian SOEs a foothold in digital financial services, lest Grab, Gojek and other tech upstarts become too dominant.

Grab will also set up an R&D facility in Indonesia that will focus on developing solutions for SMEs, a key market segment for the Singaporean company. Grab said that 70,000 Indonesian merchants joined its ecosystem from May to September using a self-onboarding tool.

For its part, LinkAja will gain access to Grab's huge digital services ecosystem and tech know-how. Having Southeast Asia's most prominent tech startup as an investor could help state-owned LinkAja strengthen its competitiveness.

However, one has to wonder if Grab is overextending itself in Indonesia. E-wallets are more often cash burners than money makers. Grab now has investments in two loss-making Indonesian digital wallets instead of one. At the same time, its rumored bid to merge Ovo with Dana has stalled.

Grab also has many other markets to worry about besides Indonesia, so sweeping are the company's ambitions. In contrast, Gojek's resources are  concentrated in its home market, while it counts both Facebook (130 million Indonesian users) and PayPal as partners. Gojek is better poised to build a preeminent app for Indonesian users than Grab.

As Grab doubles down on Indonesia, another ride-hailing giant's bid to dominate a huge foreign market comes to mind. That would be Uber in China. Of course, Uber was focused only on ride-hailing and had no fintech services. But Uber's leadership was convinced that the company could prevail over homegrown Didi. By the time Uber gave up on China, it was losing almost US$1 billion a year in the country.

More in this category: « Fintechs could boost pandemic-hit remittances in Asia Indonesia's e-wallet wars could weigh on Gojek's digibanking dreams »
back to top