Why are Singapore and India linking their digital payment systems? 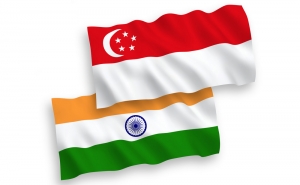 In recent years, Asian countries have begun experimenting with instant cross-border payments on alternate payment rails, as covered in depth in a recent white paper by Kapronasia and ACI Worldwide. The idea is to enable instant, affordable and transparent payment flows using state-of-the-art digital technology. While much of the activity has been in Southeast Asia, India is an important player in this space as well given the prominence of its United Payments Interface (UPI) platform. The advent of the link-up between Singapore’s PayNow and UPI – slated to go live by July 2022 – marks an important step forward for real-time cross-border payments in the region.

The PayNow-UPI linkage follows efforts by Singapore's Network for Electronic Transfers (NETS) and India's NPCI International Payments Limited (NIPL) to foster cross-border interoperability of card and QR payments and will further deepen payment flows between the city-state and subcontinent. The linkage will enable users of PayNow and UPI to make instant, low-cost fund transfers on a reciprocal basis without no need to be boarded onto the other payment system. Once implemented, the linkage will allow fund transfers to be made from India to Singapore using mobile phone numbers, and from Singapore to India using UPI virtual payment addresses (VPA).

With US$1 billion in cross-border flows between the city-state and the subcontinent, there is significant disruptive potential. Currently, remittance providers such as InstaReM and Singtel Dash generate significant business from customers sending money from Singapore to India as they charge less for the service than banks. However, they are also somewhat slow, with transfers sometimes taking two days to complete. The PayNow-UPI linkage would be much faster. Whether it would also be much cheaper than is not yet clear.

There would also be a potential opportunity for Indian retail investors to explore opportunities in Singapore. Under the Reserve Bank of India’s Liberalised Remittance Scheme, residents of India are allowed to send up to US$250,000 per financial year to another country for investment and expenditure. However, at present, high inter-bank fees eat into their returns and discourage many retail investors from using the scheme to invest overseas.

The best may be yet to come as well. “Given that PayNow and UPI are integral components of their respective national digital infrastructures, the link between the two systems also paves the way for establishing more comprehensive digital connectivity and interoperability between the two countries,” Sopnendu Mohanty, Chief FinTech Officer of the Monetary Authority of Singapore (MAS), said in a press release.

More in this category: « How did Indonesia’s Xendit become a unicorn? Kakao Pay IPO hits regulatory snag »
back to top