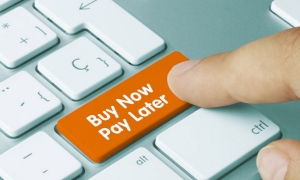 Afterpay’s pivot to banking may signal the end of Australia’s BNPL boom, which increasingly looks like a red ocean. The market is not just crowded: It is full of BNPL offerings that lack differentiation. One of the reasons Afterpay has grown so fast is that it was an early mover, with a core product that was initially fairly unique in Australia’s financial services sector. There were credit cards, and then there were interest-free installment payments. Now BNPL is becoming commoditized like credit cards.

Afterpay hopes to recapture some of that uniqueness as the first Australian BNPL firm to launch a banking app. It can initially target the 3.5 million users of its BNPL service in Australia. If it can persuade a substantial number of them to deposit their salaries in savings accounts created jointly with Westpac, its banking business will be off to a good start. Interest rates are likely to be only 1% or so though, offering minimal incentive for customers of other banks to switch over to Afterpay.

Analysts say that the accounts will help Afterpay save on processing fees and boost its margins, as well as offer a "large revenue stream from referral fees across a broad range of banking products,” according to RBC Capital Markets.

Morgan Stanley reckons that Afterpay could almost double its Australian revenue by 2025 to AU$589 million, which would be on top of BNPL revenue of AU$789 million.

Klarna is the only other BNPL firm to transition into banking. In 2017, it was granted a Swedish banking license and has offered savings accounts in its home market ever since then. In February, Klarna rolled out consumer banking services in Germany. A Klarna bank account comes with a Visa debit card that can also be connected to both Google Pay and Apple Pay.

Because Klarna has built its own core banking system, it does not rely on a banking-as-service partner to manage customer accounts. Its main competitors in Germany are neobanks like N26 and Vivid Money.

More in this category: « Australia’s Zip wants to take its BNPL success global PayPal steps up its APAC play »
back to top