Where is the exit ramp for Grab? 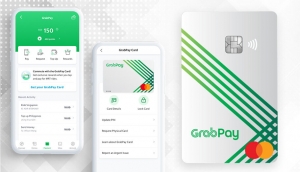 The clock is ticking for a Grab exit. Southeast Asia's most valuable startup has been in business now for almost nine years. It has been losing money that entire time. To be sure, Grab has seen its user base, valuation and revenue grow exponentially over that time. The company has evolved from an Uber lookalike into an aspiring super app betting on digibanking to deliver it from the red ink into the black. That could be easier said than done.

Grab has a fundamental problem. Although it boasts deep cash reserves, it can never spend that money fast enough. Despite being asset light, ride hailing and food delivery are not cheap businesses to operate. They are competitive and Grab spends heavily to subsidize them. Without subsidies to entice consumers, its user base would shrink. For many people, there is not a big difference between Grab, Gojek and Food Panda for food delivery or Grab and Gojek when it comes to ride hailing. Those in Grab's ecosystem may prefer its digital wallet, but there too the company has to subsidize its users.

Both Moody's and S&P Global reckon that Grab will continue to lose money into 2023. According to Moody's, Grab may not be able to break even before 2024. At that point, Grab would be 12 years old.

Grab may evince no hurry to go public, but its leadership knows that time is of the essence. The longer Grab remains loss-making in private markets, the less appealing it looks to investors. Grab cannot simply grow its way out of the problem, especially in digibanking. The number of accounts is less important than how much money users put into them. How many Singaporeans are going to choose Grab as their main bank? Probably a lot fewer than the number who will continue banking primarily with DBS, UOB and OCBC.

At the same time, Grab has to contend with fierce competition from its biggest rivals. Sea Group, Southeast Asia's most valuable listed company, is ascendant following its win of a Singapore digital bank license and acquisition of Indonesia's Bank BKE. Sea can easily raise money on the NYSE to keep funding its regional expansion.

Meanwhile, Gojek may merge with Tokopedia, creating a mammoth platform company valued at US$18 billion that would go public on Indonesia's stock exchange.

The pressure from Sea, Gojek and Tokopedia will force Grab to speed up its exit plans. The Singaporean unicorn reportedly has hired Morgan Stanley and JPMorgan Chase & Co. to work on a listing that could happen as early as the second half of 2021 and would be expected to raise US$2 billion.

Grab has another incentive to go public sooner rather than later. If it does not list by March 2023, Uber could force Grab to buy back its shares for US$2 billion. That was one of the conditions of the deal the two companies struck when Uber sold its Southeast Asia business to Grab in 2018.

More in this category: « How will GCash use its US$175 million capital injection? SWIFT faces growing number of challengers in Asia »
back to top