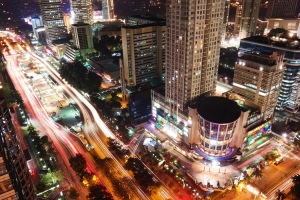 Top fintechs all want a piece of the massive Indonesian market, Southeast Asia's largest economy and most populous country with 260 million people. Yet stringent licensing requirements hamper their ability to operate independently. Even giants like Alipay and WeChat Pay are struggling to make their services available to local users. The easiest solution is to find a local Indonesian partner. That's the path WhatsApp is taking as it moves into the Indonesian market, Reuters reported. WhatsApp will reportedly serve as a platform in Indonesia in partnership with local digital wallets.

Indonesia is a logical choice for WhatsApp given that it is the company's No. 2 market by users after India (100 million users in Indonesia vs. 300 million in India) and is experiencing a surge in digital banking adoption. The Asian Banker has found that Indonesia's digital payments reached $3.32 in transaction value by the end of 2018, up 380% year-on-year and more than double what analysts had forecast. Transaction value could nearly quintuple to $15 billion by 2020.

WhatsApp's potential partners in Indonesia include Ovo, backed by Lippo Group and Grab, ride-hailing juggernaut Go-Jek, Ant Financial-backed Dana, and state-owned Bank Mandiri. Among those digital wallets, Ovo might be the best choice for WhatsApp. According to Indonesian research firm Snapcart, Ovo holds a 58% market share of the Indonesia digital payments market, compared to Go-Pay's 23% and Emtek Group and Ant Financial's DANA, a distant third at 6%. Ovo is strong in both e-commerce and offline retail, where it benefits from Lippo's vast network of Indonesian shopping malls. Ovo is available in about 90% of the shopping centers.

One source said WhatsApp would need to get a nod from regulator Bank Indonesia before proceeding.

“WhatsApp is in conversations with financial partners in Indonesia about payments, however the discussions are in early stages and we do not have anything further to share at this stage," a Facebook spokesperson told Reuters.

The Indonesia model could become a template for WhatsApp to adopt in other emerging markets to get around regulations on foreign players creating their own digital wallets, the sources said.

Meanwhile, WhatsApp is still waiting for the green light from Indian regulators to launch its digital wallet in the subcontinent. The launch has been held up as WhatsApp works to comply with local data storage requirements.

More in this category: « Will cash be a thing of the past in Thailand's future? Grab set to pump cash into Vietnam fintech market »
back to top