What will be the impact of Australia’s BNPL regulation? 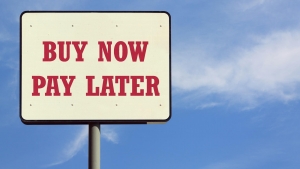 Australia's long buy now, pay later (BNPL) honeymoon is winding down at last. One of the reasons BNPL has been so lucrative in Australia is that the platforms have not yet been constrained in the way credit cards are. However, for consumers and the overall financial services market, Australia’s imminent BNPL regulation is for the best. Far from innovation killing, regulation should compel BNPL platforms to address problem areas in their business model and ultimately make it more sustainable.

In late October, Australia’s central bank said that BNPL firms will no longer be able to bar merchants from passing on surcharges for their services. In theory, this could clip the wings of high flyers like Afterpay and Zip, who have thrived in part because their services literally cost consumers nothing – provided they make the installment payments on time. Merchants have gone along with it up to this point because the BNPL firms are bringing them more business.

Oddly, after lobbying fiercely against the rule, some BNPL firms are now saying that it will not have a large impact on their businesses, notably Afterpay. It is true that Afterpay has become embedded in merchant networks across Australia (and the US and UK). Some of its metrics look quite good. In its most recent fiscal year, the company saw a 63% increase in active users to 16.2 million, 77% growth in merchants to 98,200, and a 90% rise in underlying sales using its service.

However, if its services become more expensive to use, the company may lose a key competitive advantage. Meanwhile, its losses in the most recent financial year grew 700% to A$159 million, nearly 10 times the growth rate of its revenue. Afterpay needs a way to widen margins, not narrow them.

For Afterpay, Zip and other Aussie BNPL firms, the impact of this rule about surcharges could be magnified if regulators elsewhere follow the lead of the Australian central bank. The UK said in February that it would regulate BNPL platforms, although the rules may not take effect until late 2022 or early 2023.

In the U.S., Afterpay’s largest international market, BNPL regulation is complex, to say the least. BNPL schemes are regulated by federal and state laws under consumer credit regimes, depending on the different definitions of credit covered by those laws. Afterpay has already experienced trouble in California. In March, the state’s Department of Business Oversight (DBO) accused Afterpay of collecting taxes from more than 640,000 Californians in transactions that were in fact “illegal loans.” Per the terms of a settlement, Afterpay was forced to return U$900,000 to consumers and pay US$ 90,000 in administrative fees.

Meanwhile, BNPL platforms in Australia still enjoy a regulatory loophole in that they do not charge interest and thus do not have to follow the country’s credit or responsible lending laws. But if the number of delinquent borrowers continues to rise, it is hard to imagine regulators will not feel compelled to address the problem.

More in this category: « Taiwan takes a cautious approach to BNPL Philippines steps up payments digitization »
back to top