WeChat Pay gets the green light to operate in Indonesia 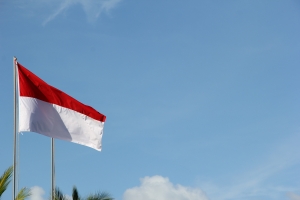 The Indonesian central bank has approved WeChat Pay to operate in Southeast Asia's largest economy following a lengthy review period. WeChat Pay previously had been accepted at some Indonesian points of sale, but was not considered a legal form of payment. Bank Indonesia said in a statement that it granted WeChat Pay a permit to operate in the country on January 1. WeChat arrives as Indonesia introduces a nationwide standard QR payment system, Quick Response Indonesia Standard (QRIS). WeChat Pay will be accepted as a form of payment at merchants who support QRIS.

Both WeChat Pay and Alipay have been looking for growth opportunities outside of China, where they together control about 90% of an RMB 178 trillion (US$25 trillion) mobile payments market. There are a few neighboring economies with large Chinese diaspora populations that could be receptive to the Chinese fintech giants. Singapore and Malaysia, where the WeChat messaging app is used, come to mind. 75% of Singapore's population of 5.6 million is ethnic Chinese. About 1/4 of Malaysia's 41.5 million people are ethnic Chinese.

Indonesia is a different story - a harder market for WeChat to penetrate. The vast archipelago has a much smaller ethnic Chinese population - just 3 million out of 264 million people - than Malaysia or Singapore. Jakarta' relations with Beijing are also not as close as Kuala Lumpur or Singapore's. But Indonesia's massive size - it is bigger than Singapore, Malaysia, the Philippines and Vietnam combined - and receptiveness to digital banking make it alluring for fintechs.

The Indonesian central bank only agreed to let WeChat operate in the country after the Chinese fintech giant found a local partner: Bank CIMB Niaga. Under its agreement with WeChat Pay, Bank CIMB Niaga will serve as an “acquirer” responsible for processing each transaction made through WeChat Pay.

Perhaps Jakarta borrowed a page out of Beijing's book in requiring WeChat Pay to have a local partner. Foreign firms in China have long been hampered by such restrictions in the financial sector. But most have accepted them as the price of doing business in the world's largest consumer market. Like China several decades ago, Indonesia is an ascendant developing economy attracting intense interest from global investors, including many Chinese tech firms.

Now that WeChat Pay is approved to operate in Indonesia, the Chinese firm faces an uphill climb if it wants to serve the local market and not just Chinese tourists. Local firms dominate the market. A September Tech In Asia report cites data that show e-wallet Ovo (backed by the Lippo Group conglomerate and Singaporean unicorn Grab) with a 37% market share, followed by GoPay, the digital wallet of Indonesian ride-hailing giant Gojek, with 19%. Ovo benefits from Lippo's large retail presence throughout Indonesia. Ovo is accepted in about 90% of Indonesia's shopping malls, according to Tech In Asia. GoPay can tap Gojek's huge user base.

Still, WeChat Pay remains one step ahead of arch-rival Alipay in Southeast Asia's largest economy. The Indonesian central bank has yet to approve Alipay's request to operate in the country. "No development on that front," Bank Indonesia deputy governor Sugeng was quoted as saying by The Jakarta Post.

More in this category: « Thai fintech Lightnet raises US$31.2 million in Series A funding round 2020 Top Ten Asia Fintech Trends #6: Japan goes all in on cashless payments »
back to top