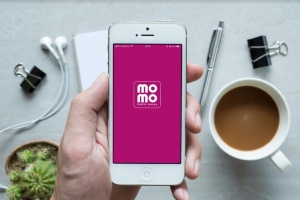 The super app trio of Grab, GoTo and Sea is growing increasingly dominant in Southeast Asia, but not yet in Vietnam. In fact, it is the homegrown MoMo which leads Vietnam’s e-payments market. MoMo says it has a 60% market share and processes US$14 million annually for 25 million users.

MoMo enjoys a first-mover’s advantage, having launched back in 2013. At the time, digital payments were in their infancy in Vietnam, and Southeast Asia’s platform company juggernauts of today were still small ride-hailing or e-commerce companies (or in Sea’s case, gaming) operating mainly in their home markets.

It could be a challenge for MoMo to hang onto the leading market position though. With 40 million new e-wallet users expected in Vietnam between 2021 and 2025, competition is intensifying quickly. Grab is stepping up its presence in the market while Sea’s ShopeePay is emerging as a formidable player, as it has in Indonesia.

There is strong local competition as well. VNLife, an operator of mobile wallet VNPay backed by SoftBank Group's Vision Fund, raised US$250 million in July from investors including PayPal Ventures, General Atlantic and Dragoneer Investment Group. VNLife says that it counts 40 banks as partners and that its payments network includes 22 million users and more than 150,000 partner merchants.

Inevitably, cash burn will increase for all of Vietnam’s e-wallets as they compete for users and offer them perks like generous cashback. With more than 30 e-wallets active in the Vietnam market, the burden is on the companies to find ways to make their wallets stand out, not an easy task when the functionality among them tends to be quite similar.

If it wants to stay on top, MoMo will have to both expand its suite of services to differentiate itself and raise more money to support those expansion efforts. Otherwise, the company will struggle to compete against determined and deep-pocketed heavyweights like Grab and Sea.

“As long as the money keeps flowing in, many companies can coexist. It is a painful battle,” Takahiro Suzuki, managing partner at Genesia Ventures and a longtime investor in Indonesia and Vietnam, told Nikkei Asia.

MoMo reportedly plans to expand into higher margin businesses like motorcycle insurance and consumer loans, but not too many details have yet emerged. Currently, besides payments it offers food delivery, flight booking, and online games.

As for fundraising, MoMo last closed a round (Series D) in January, which raised US$100 million from investors including Warburg Pincus, Affirma Capital Singapore Pte, Kora Management, Macquarie Capital and Tybourne Capital Management.

More in this category: « Is Razer’s fintech foray ailing? How is Zip’s global expansion shaping up? »
back to top