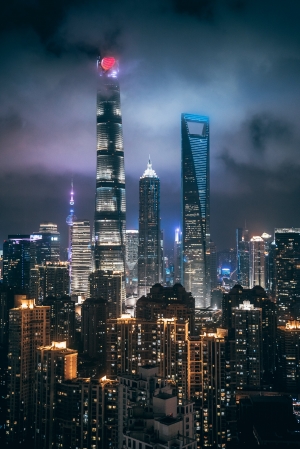 Vanguard hopes to break into the China market through its new partnership with Ant Financial. The two giants announced a joint venture on December 16, 2019, a financial roboadvisor service with an initial investment of approximately 20 million yuan (USD$2.86 million). Individuals with a minimum investment of 800 yuan (USD$115) may access the service, where they could build their investment portfolios from over 5,000 mutual funds offered by Ant Financial.

Vanguard stands to gain access to a market of 1.3 billion consumers through its partnership with Ant Financial. Although Vanguard is the world’s second-largest provider of exchange-traded funds (ETFs), it does not yet have a large presence in China. This may change with the launch of Vanguard’s roboadvisor, which may be accessed through the already popular Alipay app used by hundreds of millions of Chinese shoppers. Retail investment advisory has never been offered on such a large scale. Vanguard is in a unique position where it could lead the way in purveying wealth management services, opening low-cost investments to the average Chinese consumer.

Ant Financial is no stranger to creating success in its start-ups. Ant Financial, originally known as Alipay, launched money market fund Yu’ebao in June 2013. Alipay started as a virtual wallet that millions of shoppers used daily on Alibaba’s online marketplace Taobao. Consumers could link the spare change in their virtual wallets to their Yu’ebao account in less than five clicks on Alipay’s intuitive interface. Yu’ebao appealed to the masses with a small factor of gamification, creating a generation of small-scale savers by offering a compounded interest higher than most banks deposited into each account daily.

Vanguard’s challenge is to appeal to Ant Financial’s customers, who are spoiled for choice with the many asset management options available on its platform, including fixed income strategy, ETFs and mutual funds. Vanguard only has one product approved by Chinese regulators- its roboadvisor service. Vanguard may have to rely on artificial intelligence and machine learning to provide insights and recommendations that Ant Financial’s customers would find valuable. Experts believe that Vanguard may struggle to convince investors to pay for investment advice and recommendations despite the risk-taking reputation of Chinese investors.

Vanguard must take larger strides in order to make its wealth management platform truly successful in China. A 0.10% basis point charge may often apply to consumers who use robo-advisory services, which may add up for a substantial Chinese market. However, few true roboadvisors have truly become profitable. Experts believe that Vanguard’s partnership with Ant Financial gives it a good foothold into China, but that its financial return will not be particularly high.

Vanguard should pay close attention to its moves into the Chinese market in order to make its venture into the Chinese market worthwhile. As Yu’ebao democratized deposits for the average Chinese consumer by allowing investments of as low as 0.1 yuan, Vanguard can similarly democratize wealth management services to the average Chinese consumer. Vanguard’s next moves are certainly worth paying attention to.

More in this category: « Line Pay Taiwan offers cross-border transactions through alliance with Japan, Korea and Thailand Thai fintech Lightnet raises US$31.2 million in Series A funding round »
back to top