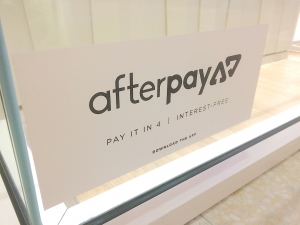 Square’s massive capital injection could not come at a better time for Afterpay. Although the BNPL sensation has continued to grow expeditiously, competition is getting heated. PayPal in particular has been eager to muscle in on Afterpay’s territory in Australia, recently jettisoning late payment fees in conjunction with the launch of its Pay In 4 product in Oz.

PayPal, with a market capitalization of US$324 billion, can afford to subsidize its BNPL customers’ late payments. Afterpay is just over 1/10 that size with a market cap of US$34.5 billion and cannot outspend PayPal. But thanks to the Square deal (the U.S. company has a market cap of more than US$124 billion) Afterpay is much better positioned to compete with PayPal, card giants, the big four Australian banks and others moving into the booming BNPL segment.

At the same time, Afterpay will benefit from Square’s roughly 70 million Cash App customers and millions of sellers. Access to that large network will likely boost Afterpay’s growth both online and in physical retail. Further, Afterpay consumers will have access to new services through Cash App, such as money transfer, stock and Bitcoin purchases.

Square’s interest in Afterpay is not a surprise. Among BNPL firms, only Klarna is bigger. Afterpay is also among the fastest growing of these companies. Afterpay’s underlying sales for FY 2021 reached AU$21 billion, an increase of 90% over a year earlier, nearly half of which came from North America (roughly AU$10 billion. Revenue also rose 78% to AU$925 million.

While Square has plenty of customers – 70 million compared to Afterpay’s 16 million – the U.S. company wants to grow internationally, where Australia happens to be its most important market. The acquisition will allow Square to gain a stronger foothold in the Australian market, where Afterpay has more than 3.3 million customers.

More broadly, “Afterpay will help deepen and reinforce the connections between our Cash App and Seller ecosystems, and accelerate our ability to offer a rich suite of commerce capabilities to Cash App customers,” Brian Grassadonia, Lead of Square’s Cash App business, said in a press release.

While the US$29 billion price tag for Afterpay may seem high, Square is betting that BNPL is here to stay, likely becoming the payment option of choice for younger millennials and Generation Z. By embedding Afterpay its Square Cash App, the US company aims to provide an integrated retailing experience that will allow it to rival the likes of PayPal and Klarna.

The Financial Times notes that Square processed US$42.8 billion in payments in the second quarter, of which Cash App transactions accounted for 10%. The company recorded a profit of US$204 million in the April to June period on revenue of US$4.7 billion.

More in this category: « PayPal steps up its APAC play Nium reaches unicorn status »
back to top