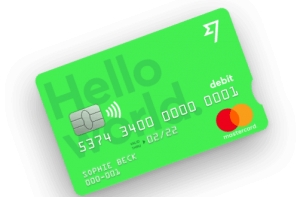 The economic downturn fomented by the coronavirus pandemic has been a rude awakening for cash-burning fintech startups. They and their backers are finding that there's a price to pay for championing breakneck growth over profitability. In contrast, fintechs with solid balance sheets, like London-based digital money transfer firm TransferWise (profitable for three years in a row), are poised to pursue targeted expansion. Tapping resilient demand for its cross-border payments services, TransferWise recently inked a partnership with China's Alipay and expanded to the United Arab Emirates.

The tie-up with the Chinese fintech giant allows TransferWise's 7 million customers to pay Alipay users in renminbi from 17 currencies, including the U.S. dollar, euro, pound sterling, yen, Singapore dollar and Hong Kong dollar. The money is instantly transferred into the bank account tied to the recipient's Alipay e-wallet.

Partnering with Alipay is a wise move. China is the world's No. 2 remittance-receiving market after India. The Middle Kingdom received US$70.3 billion in remittances in 2019, according to the World Bank. Ant Financial's e-wallet is one of China's two preeminent digital payments platforms (the other being Tencent's WeChat Pay). The partnership with Alipay gives TransferWise access to the Chinese firm's massive user base of 1.2 billion, mostly located in China. Under the agreement, a maximum of five transfers monthly, each up to RMB 31,000, are permitted. The annual limit is RMB 500,000.

"Our newest partnership with Alipay has been one of the most requested features from our users since our expansion in Asia," Kristo Käärmann, co-founder and CEO of TransferWise, said in a statement.

It should be noted that this agreement only covers transfers into China. It does not allow Alipay users to send money out of China to TransferWise users. Given Beijing's ongoing concerns about capital outflows, securing a deal that permits transfers out of China will be a tougher task.

In April, TransferWise expanded to the Middle East, launching its money-transfer services in the United Arab Emirates and establishing an office in the nation's capital, Abu Dhabi. The launch of TransferWise's UAE business comes six months after the company received the requisite license from the Abu Dhabi Global Market Financial Services Regulatory Authority. The company also plans to roll out its debit cards, borderless accounts and TransferWise for Business in the UAE.

TransferWise sees strong potential in the UAE market, where 80% of residents are foreigners and there are more than 200 nationalities. In 2019, outward personal remittances rose 3% to Dh169.2 billion, according to the UAE Central Bank. 38% of the remittances went to India.

The World Bank estimates that remittances will fall a record 20% this year as the global economy reels from the impact of the COVID-19 pandemic. Growth is almost certain to pick up, however, once the contagion is controlled and economic activity returns to a more normal level.

More in this category: « India and Indonesia key to Facebook's fintech prospects Is COVID-19 accelerating the cashless push in Malaysia? »
back to top