TransferWise begins to carve out a niche in Asia 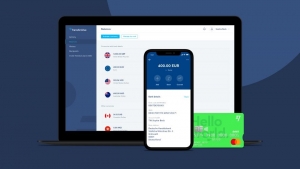 TransferWise is one of the few European fintechs making inroads in Asia. That's because the UK-based firm has a coherent Asia strategy: Enhance payments of every stripe - cross-border, domestic, real-time, credit card, e-wallet and more - and enable its partners to integrate the TransferWise open API directly into their infrastructure. TransferWise's APAC headquarters are in Singapore and it operates in Australia and New Zealand as well. The company has inked a deal with Alipay that allows it to begin serving the China market, albeit in a limited manner.

By focusing on payments, TransferWise can partner with banks rather than directly compete with them. TransferWise works with incumbent card giants Visa and MasterCard too. The payments focus lets TransferWise to carve out a niche in Asia where the competition has not. To be sure, PayPal has been in the region for years, but its forte is not cross-border payments. The TransferWise service is faster, cheaper, more transparent and less prone to glitches.

At the same time, by leaving banking to the banks, TransferWise sidesteps the type of problems Revolut faces in Asia. Revolut began as a multi-currency wallet before it transformed into a neobank. In Europe, its neobanking bid has gained traction. Although Revolut does not yet have a banking license in the UK, it can still operate like one in many regards. Not so in Singapore. Revolut probably would like to have a digital bank license in the city-state, but cannot meet the capitalization requirements. As a result, Revolut lacks a competitive edge in the region's key financial center.

In contrast, TransferWise recently inked a deal with Singapore-based Aspire - the UK firm's first API partnership in Asia - that will allow the neobank to provide international money transfers with no exchange rate markups, reportedly a first for a challenger bank in the city-state. TransferWise's open API "allows us to do this without much additional and expensive build, enabling us to unlock cross-border payments for our thousands of customers quickly and easily," Aspire co-founder and CEO Andrea Baronchelli said in a statement.

In Australia, a market that is eagerly embracing digital upstarts, TransferWise is partnering with the local challenger bank Up, which has about 250,000 customers. The tie-up allows Up customers to send money overseas in 48 currencies without leaving the app.

China will be a tougher nut to crack for TransferWise, but partnering with Alipay cannot hurt its chances. Under the agreement, TransferWise's 8 million customers can pay Alipay users in renminbi from 17 currencies, including the U.S. dollar, euro, pound sterling, yen, Singapore dollar and Hong Kong dollar. The money is instantly transferred into the bank account tied to the recipient's Alipay e-wallet.

China is the world's No. 2 remittance-receiving market after India and received US$70.3 billion in remittances in 2019, according to the World Bank.

Tags:
More in this category: « Afterpay is on a hot streak Ant Group's global prospects hinge on Southeast Asia »
back to top