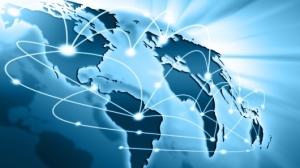 Traditional correspondent banking networks have several pain points that must be overcome in the increasingly complex cross-border payments environment today: They are costly, which compresses margins for banks; they are slow, resulting in customer dissatisfaction; and they are insufficiently transparent, which causes confusion. Plus, high volumes of funds may flow between banking partners before reaching their final destination which can cause delays with neither the payment sender nor recipient understanding the reason for the delays or even the money’s location.

Further, much of the technology used in traditional correspondent banking networks remains on aging legacy platforms. This legacy infrastructure has serious limitations: a reliance on batch processing, a lack of real-time monitoring, and low data processing capacity, to name a few.

At the same time the traditional correspondent banking network is shrinking, there has been a boom in alternative payment rails, especially in the Asia-Pacific region. The rails have sprung up due to limited innovation by traditional players amid customer demand for faster, cheaper and more transparent cross-border payment solutions. In some cases, incumbent FIs like card companies and banks have built new payment channels. In others, central banks have taken the lead, such as in Southeast Asia’s nascent network of bilateral real-time retail payment channels. Finally, fintech disruptors have been among the most prolific in this fast-growing space.

Globally, Asia Pacific is the largest receiver of remittances. Three of the world’s top five remittance-receiving countries are in Asia: India (No. 1), China (No. 3) and the Philippines (No. 4). According to the Asia Development Bank, Asia’s remittance inflows grew 6.7% (increasing by $21.2 billion) for 2021 and are expected to increase 5.9% (by $19.8 billion) in 2022.

Yet to truly maximize opportunities in the low-value payments market, fintechs as well as Tier 2 and Tier 3 banks face a common challenge. They must be able to offer easy and convenient handling of low-price cross-border payments with low currency risk, as well as easy and fast ability to open and close bank accounts in foreign currencies. If they cannot, their customer service proposition will be adversely affected.

Dynamic marketplaces in Asia are used by many merchants who make and receive numerous payments in and from several countries, and in different currencies, each day. It is thus imperative that buyers can withdraw funds to marketplace sellers expeditiously and that fees or FX costs do not reduce traders’ profits. By using a platform that can provide seamless payment integration, fintechs and NBFIs can truly capitalize on the promise of the real-time payments proposition, which is ultimately faster, cheaper, more transparent and more efficient than traditional cross-border payments.

More in this category: « Boosting interoperability is key to maximizing opportunities in Asia-Pacific cross-border payments Assessing the implications of standardized QR codes on China’s fintech giants »
back to top