Tencent and Alibaba duke it out in the Middle East 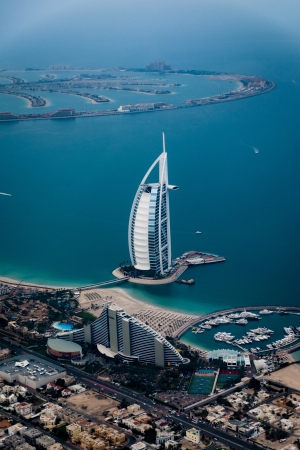 The leading enabler of digital commerce across the Middle East and Africa region, Network International, made an agreement with Tencent Holdings Limited in February 2020 that will enable millions of Chinese tourists to transact through Network International’s extensive UAE merchant network with their WeChat mobile wallets.

The largest merchant acquirer in the United Arab Emirates, Network will perform as a settlement partner or acquirer as well as solution provider in order to enable mobile-based transactions via WeChat Pay at points of sale as well as for online purchases.

Chinese e-commerce companies and fintechs alike have expressed interest in the Middle East since 2018. Tencent’s largest competitor Alibaba is no stranger to the Middle East market. Ant Financial signed an agreement with Israel Credit Card (CAL) in January 2018 to accept payments through Alipay at merchants favoured by Chinese tourists, while the First Abu Dhabi Bank (FAB) partnered with Alipay in Feb 2020 to streamline payment experiences for Chinese tourists in the UAE.

AliExpress, the e-commerce arm of Alibaba, quickly amassed more than 150 million subscribers one month after its August 2018 regional launch. As of October 2018, Chinese shoppers could use Alipay to process transactions at points of sale as well as online through AliPay’s partnership with Network International. It’s clear that Ant Financial has made some definite strides towards expanding its presence and market share in the Middle East.

In comparison, Tencent’s dreams for the Middle East are not so apparent to the everyday speculator. Tencent is looking to expand its presence in the Middle Eastern gaming sector. With the official opening of Tencent Games’ regional headquarters in Dubai Internet City last July, Tencent communicated its intention to invest into the UAE’s evolving tech industry with the hopes that its move to set up regional operations in Dubai would help in creating a platform that invests in and improves the regional gaming sphere.

Tencent’s hopes for the Middle East gaming market is made slightly more visible in a co-branded whitepaper released ahead of November 2019. The whitepaper, which included market research from global games and eSports analytics company Newzoo, estimates that the total revenue for the Middle East & Africa game market would reach $4.8 billion in 2019 and to hit $6 billion by 2021.

A more recent report indicated that Tencent had signed a Memorandum of Understanding (MoU) with Etihad Airways, allowing the airline to leverage Tencent’s cloud computing capabilities and social media platforms to engage with their clients.

More in this category: « Thailand leads QR cross-border payments across Asia Pacific Will COVID-19 mark a turning point for cashless payments in Asia? »
back to top